Nagal enters final round of US Open qualifiers 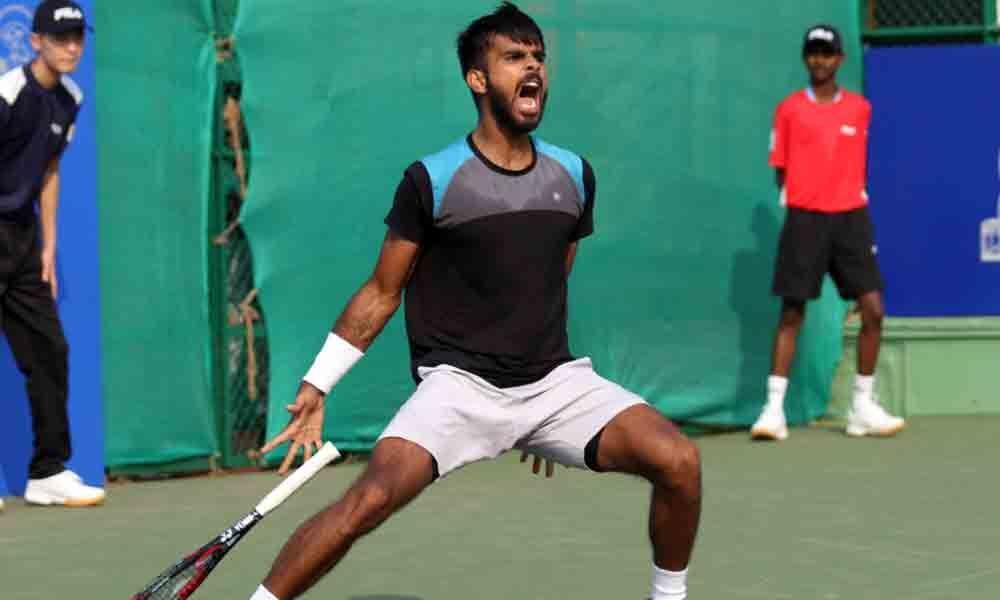 India’s Sumit Nagal moved one step closer to his first ever Grand slam appearance with a hard fought win over Peter Polansky in the second round of the US Open qualifiers, here.

New York (PTI): India's Sumit Nagal moved one step closer to his first ever Grand slam appearance with a hard fought win over Peter Polansky in the second round of the US Open qualifiers, here.

Nagal, placed at a career-best 190, knocked out the 192nd ranked Canadian 7-5 7-6 (0) in two hours eight minutes on Thursday night in the men's singles qualifiers. The Indian began the match on an attacking note, breaking Polansky in the second game to take an early 2-0 lead but then failed to hold his serve twice, handing back the advantage to the Canadian.

However, Nagal fought back to break Polansky twice to take the first set. The second set followed in a similar pattern with Nagal drawing the first blood but Polanksy came from behind to break back the Indian. The set went to tie break with Nagal holding his nerve to emerge victorious.

The 22-year-old from Haryana will now take on Brazil's Joao Menezes, who is ranked 210, in the final qualifying round later in the day. Last year, he had competed in the qualifiers of the Australian Open, the French Open and the Wimbledon Championships but could not register a single win. This is Nagal's first attempt at making the Grand Slam singles main draw this season in which he enjoyed considerable success and broke into the top-200.

Meanwhile, India's top singles players Prajnesh Gunneswaran got a tough draw as he is up against fifth seed and Cincinnati Open champion Daniil Medvedev in the first round.