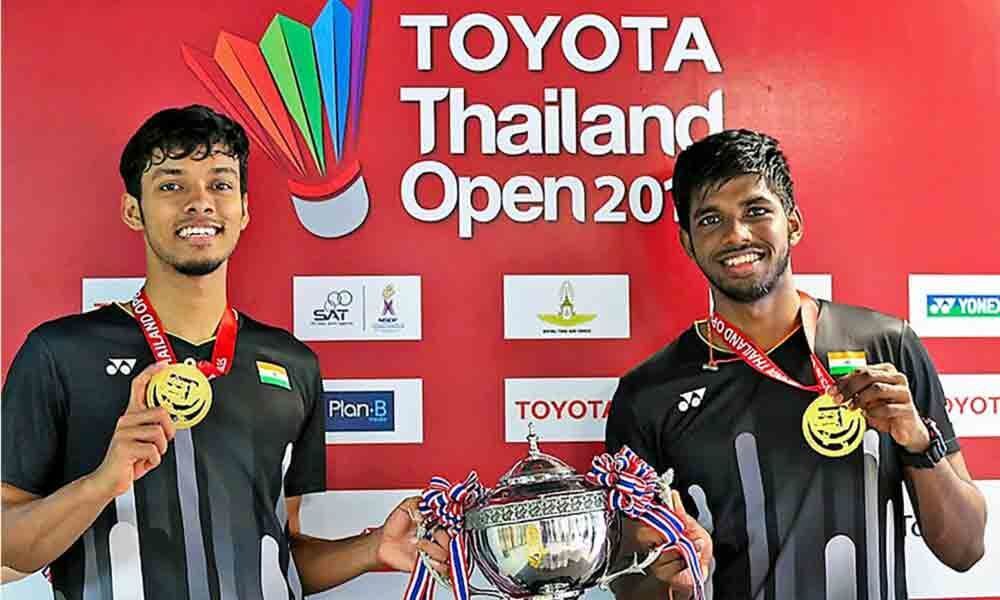 Rankireddy and Shetty, who created history on Sunday by becoming the first Indian men's doubles pair to win a BWF Super 500 tournament, are placed ninth in the men's doubles rankings issued on Tuesday.

The other Indian men's doubles duo of Manu Attri and B Sumeeth Reddy remained on 25th spot.

In the men's singles, there were no significant changes for Indian shuttlers as Kidambi Srikanth (10th), Sameer Verma (13), B Sai Praneeth (19), H S Prannoy (31) and Sourav Verma (44) are all static at the respective positions.

Meanwhile, Olympic medallists P V Sindhu and Saina Nehwal managed to hold on to their fifth and eighth spots respectively in the women's singles rankings.