Soccer: Chelsea's Loftus-Cheek can be one of Europe's best, says Sarri 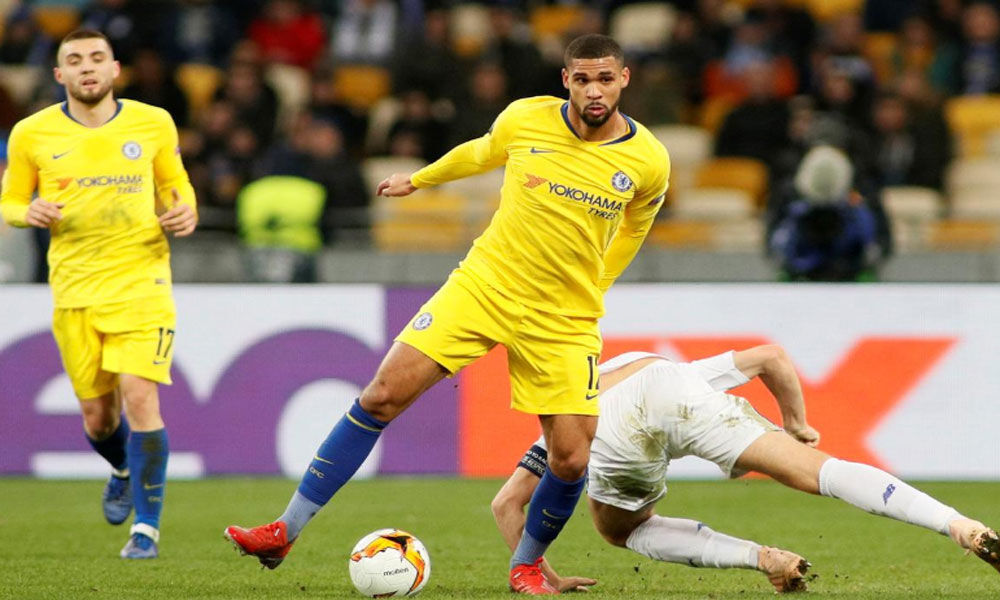 Ruben Loftus-Cheek’s commanding performance in Chelsea’s 5-0 rout of Dynamo Kiev in the Europa League on Thursday proves the youngster has the potential to become one of Europe’s best midfielders, manager Maurizio Sarri said.

Ruben Loftus: Cheek's commanding performance in Chelsea's 5-0 rout of Dynamo Kiev in the Europa League on Thursday proves the youngster has the potential to become one of Europe's best midfielders, manager Maurizio Sarri said.

The 23-year-old impressed on his first start since early January, setting up Olivier Giroud for Chelsea's opener in the last-16 second-leg tie and using his physicality and pace to boss the midfield as Kiev struggled to close him down.

"I think (Loftus-Cheek) can become one of the best midfielders, not only in England but in Europe," Sarri told BT Sport after his team advanced to the quarter-finals with an 8-0 aggregate scoreline.

"His potential as a player is very, very, high. Physically, technically and tactically he is improving."

A persistent back injury has limited Loftus-Cheek's playing time this season and Sarri was pleased to see the midfielder play the entire match.

"I'm really happy he could play for 90 minutes," Sarri added. "He did very well. He's improving in the last month and has been able to train after the problem with the back."

Chelsea, who are currently sixth in English top flight, travel to Everton in the Premier League on Sunday.