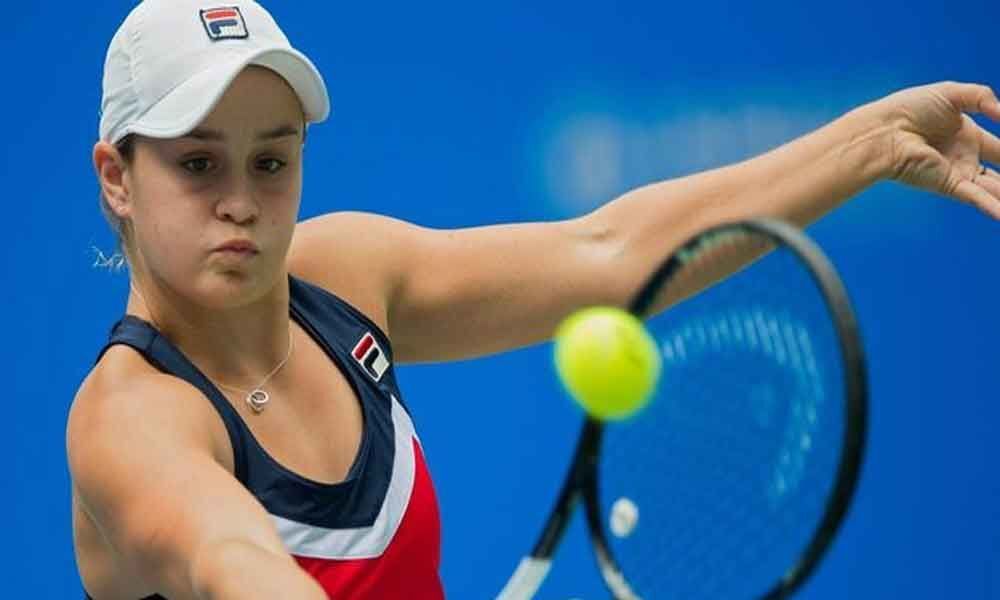 World number nine Ashleigh Barty continued her recent strong run of form and guided Australia to their first Fed Cup final since 1993 with a 3-2 victory over Belarus in Brisbane on Sunday.

SYDNEY:World number nine Ashleigh Barty continued her recent strong run of form and guided Australia to their first Fed Cup final since 1993 with a 3-2 victory over Belarus in Brisbane on Sunday.

Barty, who won both her singles matches in the semi-final tie, and veteran Samantha Stosur beat Victoria Azarenka and Aryna Sabalenka 7-5 3-6 6-2 in the deciding doubles to set up a final against either France or Romania in November.

Australia, who have not won the title since 1974, will host the final against the winner of the second semi-final, which was locked at 1-1 in Rouen.

"It's super exciting to be in a Fed Cup final," Stosur said. "We all work so hard all year and we're such a tight team. We're going to be giving it our best shot here in November."

Barty had earlier given Australia a 2-1 lead after a superb mixture of tactics, scrambling defence and a powerful service game to beat Sabalenka 6-2 6-2.

It was her second singles win of the tie after she beat Azarenka on Saturday and her success came on the back of winning her first WTA Premier level tournament in Miami last month.

Azarenka was originally not listed to play the doubles but after she dismantled Stosur 6-1 6-1 in 59 minutes to send the tie to the decider, she quickly had her racquets restrung and joined the 20-year-old in the doubles.

The tie had been locked at 1-1 after the opening day's singles before Barty produced a high level of intensity to beat Sabalenka in Sunday's first match.

Despite the lop-sided scoreline, Barty was made to work hard by her fellow top-10 player Sabalenka, who lost control of the match in the fifth game of the first set when she served four double faults.

Barty, who was forced to produce big serves to neutralise breakpoint opportunities in both the second and fourth games of the second set, broke Sabalenka and ended the Belarusian's resistance when she served her eighth double fault.

Azarenka sent the tie into the decider when she produced some of the high quality tennis that had propelled her to two Australian Open titles.

The 29-year-old is making her way back up the rankings after she had a child and then faced a custody battle that restricted her travel.

Even during the rallies the 35-year-old Stosur controlled, Azarenka chased the ball down and forced her opponent to keep making shots that resulted in the Australian making 35 errors.