Federer feels strange being in final, 16 years after first 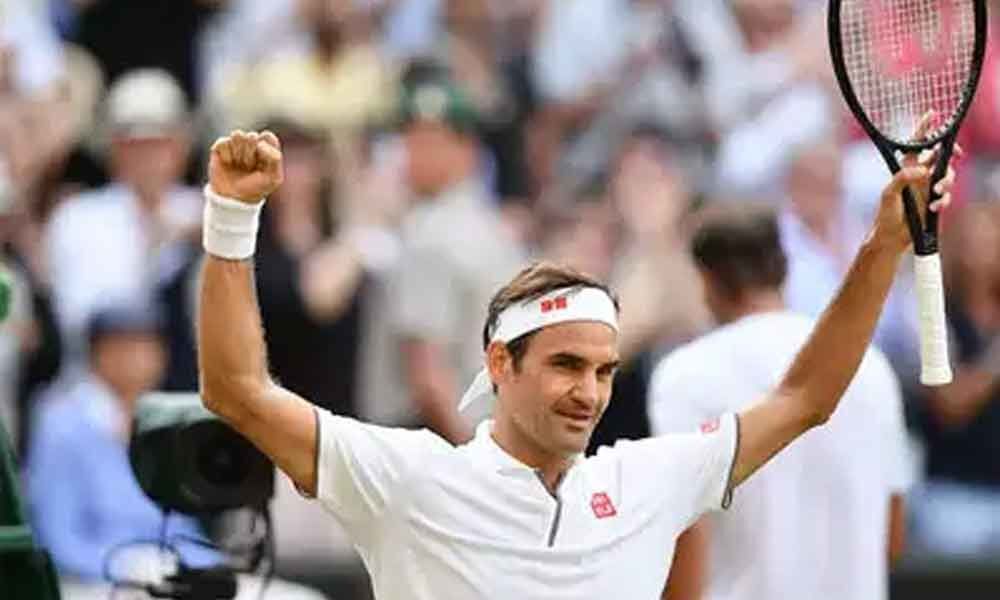 Roger Federer admitted that it felt “strange” he and Serena Williams will compete for Wimbledon titles this weekend, 16 years after he made his Grand Slam breakthrough.

London : Roger Federer admitted that it felt "strange" he and Serena Williams will compete for Wimbledon titles this weekend, 16 years after he made his Grand Slam breakthrough. The 37-year-old Swiss reached his 12th final at the All England Club with a 7-6 (7/3), 1-6, 6-3, 6-4 defeat of old rival Rafael Nadal.

On Sunday, he will face world number one Novak Djokovic where he hopes to capture a ninth Wimbledon and record-extending 21st Grand Slam crown. Federer won his first Wimbledon in 2003, beating Mark Philippoussis in the final. Federer will be the third oldest man to play in a Slam final on Sunday.

Federer's win over Nadal on Friday came in the pair's 40th career meeting and 11 years after the Spaniard triumphed in a mesmeric, epic final. The Swiss needed five match points to secure the victory, his 16th of their 15-year rivalry.

"It lived up to the hype, especially from coming out of the gates, we were both playing very well. Then the climax at the end with the crazy last game, some tough rallies there. It had everything at the end, which was great.

I'm just relieved it's all over at this point. "But it's definitely going to go down as one of my favourite matches to look back at because it's Rafa, it's at Wimbledon."