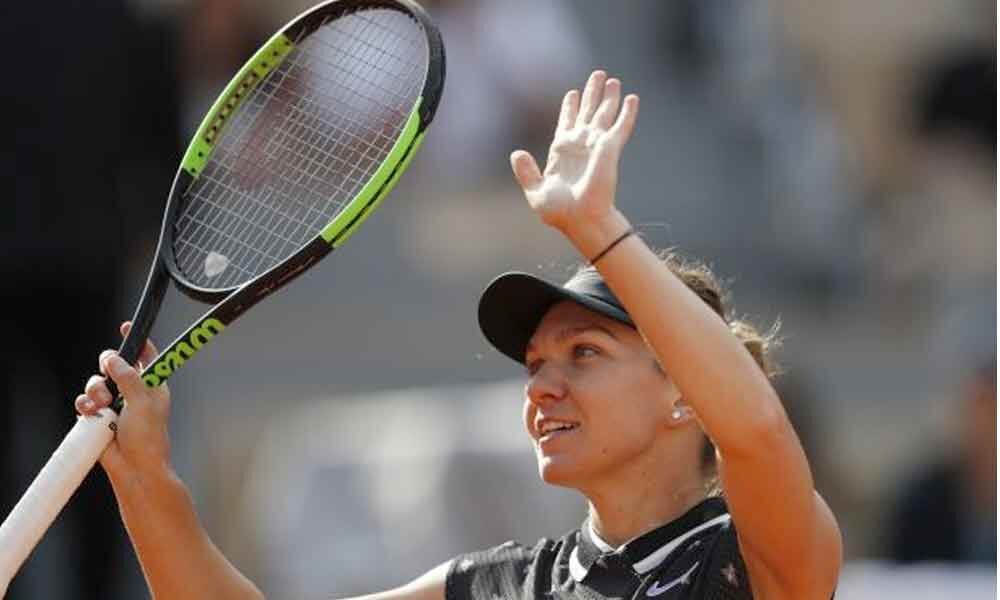 Paris: Defending champion Simona Halep continued to tighten her grip on the French Open as she demolished Polish teenager Iga Swiatek to reach the quarter-finals on Monday.

The Romanian, who claimed her first Grand Slam title on the Parisian clay a year ago, has taken a while to hit her stride this time and was taken to three sets in the first two rounds.

Since then, however, the 27-year-old has looked in superb form, dropping four games in her last two matches.

"I can't say I feel bad (for my opponent), because I played my best tennis," Halep said after a 6-1, 6-0 win that set up a quarter-final against American teenager Amanda Anisimova.

Australian Barty will face big-serving American Madison Keys who maintained her consistency in Grand Slams with a 6-2, 6-4 defeat of Czech Katerina Siniakova.

"I can't describe how excited I am," Anisimova said of her upcoming clash with Halep. "I couldn't ask for a better match up. I'm just extremely happy and excited for the next round."

The men's draw has been far more predictable.

Top seed and defending champion Novak Djokovic continued his untroubled progress as he beat Germany's Jan-Lennard Struff 6-3, 6-2, 6-2 to reach a 10th successive quarter-final at Roland Garros — the first man to achieve that feat.

The Serbian, on course to hold all four Grand Slam titles simultaneously, has yet to drop a set this year and described the last two sets against Struff as "perfect".

Things might be about to get tougher for Djokovic, though, with Germany's Alexander Zverev up next after the fifth seed beat Fabio Fognini in four sets to equal his run in Paris last year.

Japan's Kei Nishikori edged out home favourite Benoit Paire in five sets, having resumed two sets to one ahead after the match was suspended by bad light the previous day.

Paire served for the match in the fifth set but Nishikori scrambled over the line to earn himself the dubious honour of a meeting with defending champion Rafael Nadal who has looked in commanding form so far as he bids for title number 12.

French hopes in the singles were extinguished as Gael Monfils was handed a claycourt lesson in a three-set defeat by last year's runner-up Dominic Thiem of Austria.