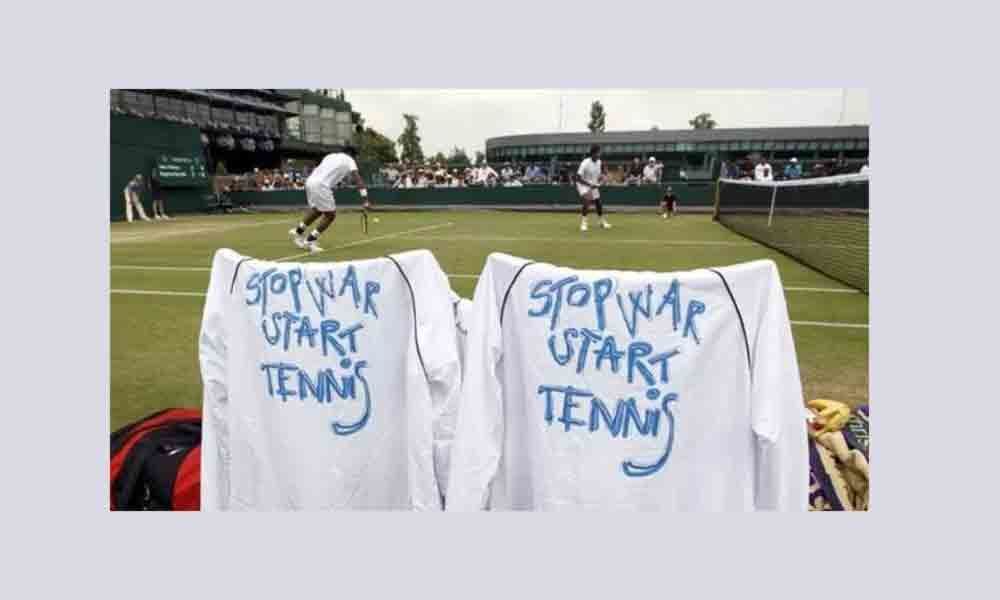 India's national tennis federation on Wednesday asked the world governing body ITF to either postpone the Davis Cup tie against Pakistan in Islamabad or take it to a neutral venue "suo moto" given the current diplomatic tension between the two countries.

New Delhi (PTI): India's national tennis federation on Wednesday asked the world governing body ITF to either postpone the Davis Cup tie against Pakistan in Islamabad or take it to a neutral venue "suo moto" given the current diplomatic tension between the two countries.

The All India Tennis association (AITA), taking a more aggressive stance than earlier, said it would not request for a neutral venue for the Asia Oceania Zone 1 tie on September 14-15 as is being asked by the International Tennis Federation (ITF). The AITA wants the ITF to take that call based on the current situation and expressed surprise that the governing body is asking India to make a request as "this responsibility rests with the ITF."

"In the current situation, there are two options which the ITF Board of Directors may want to consider: (I) Postpone the specific Davis Cup Tie to November/December by which time hopefully the situation would have stabilised. "(II) Since the current situation does not seem to be conducive, in our opinion subject to our reading the report of your security consultants, ITF Board of Directors suo moto by itself may decide to shift this particular Davis Cup tie to a neutral venue at ITF's cost," it said in a mail addressed to ITF Executive Director Justine Albert. Albert, in an earlier mail, stated that the ITF is satisfied with the current security arrangements in Islamabad.

The assertion came after Pakistan downgraded diplomatic ties with India after provisions of Article 370 in Jammu and Kashmir, which gave the state special status, were done away with. Jammu and Kashmir has been made a Union Territory now. "We are surprised and very concerned that the AITA has not secured visas as yet, despite receiving the visa invitation letter on 23 July. As per the Davis Cup Regulations, it is the responsibility of the visiting nation to complete the requirements for visa applications...," Albert said. This was in response to an AITA mail seeking a fresh security check in the Pakistan capital. The Indian body said it was "disappointed" by the ITF's reply.

"You need not worry about our arrangements to visit Pakistan. We have enough time to apply for visas. If you have any information which is different from what has been the past practice, kindly let us know," read the latest mail that went from AITA secretary general Hironmoy Chatterjee to the ITF. The AITA said that the ITF needs to take note of the fact that Pakistan has downgraded diplomatic relations with India and asked the Indian Ambassador to leave. "...we do not have an Ambassador any longer in Islamabad. Trains between India and Pakistan have been stopped. Bus service between India and Pakistan has also been stopped with immediate effect. There is lot of undercurrent of tension in Pakistan," the mail stated.

"Air space has also been shut off for Indian planes." Chatterjee said a telephonic discussion can be held between AITA and ITF security consultants on Friday and if India is "satisfied with the security arrangements and discussion between our respective teams, everything will be in order." "In case AITA is not satisfied, we would request the Board of Directors of ITF to give us a hearing on our views in matters relating to security for this particular Davis Cup tie," he said.

"In case the Board of Directors of ITF and the Davis Cup Committee are not 100 per cent certain about the future because of the escalating tensions, the Board of Directors is fully authorised to either postpone the tie or hold the same at a neutral venue. Chatterjee cited a 2001 Davis Cup tie between India and the USA in North Carolina, which was postponed because of the 9/11 terror strike in New York. "Although there was no further security threat in USA or at North Carolina where the Davis Cup tie was to be held, it was decided by the ITF considering the overall mood in USA that it will not be appropriate to go ahead with the tie," he recalled.

"In this particular situation of India vs Pakistan Davis Cup tie...the recent developments have resulted in an atmosphere which is not conducive for a happy friendly tie between the two teams which have immense respect for each other," he said. Chatterjee said ITF's response at that time shows that threat perception is not the only consideration to postpone a tie or move it to a neutral venue. "Whether or not there is a security threat in Islamabad, the moods of the two nations are deeply affected and there is an undercurrent of tension which is perhaps not being taken into account by the Security Agency of ITF in their assessment," he said.

"...ITF should follow the example it had set up in the tie between India and USA and postpone this particular Davis Cup tie for two months...," he added. "ITF will be seen as an Institution which is trying to build bridges of friendship and maintaining equity while dealing with nations whether it be USA or nations in South Asia," he concluded.