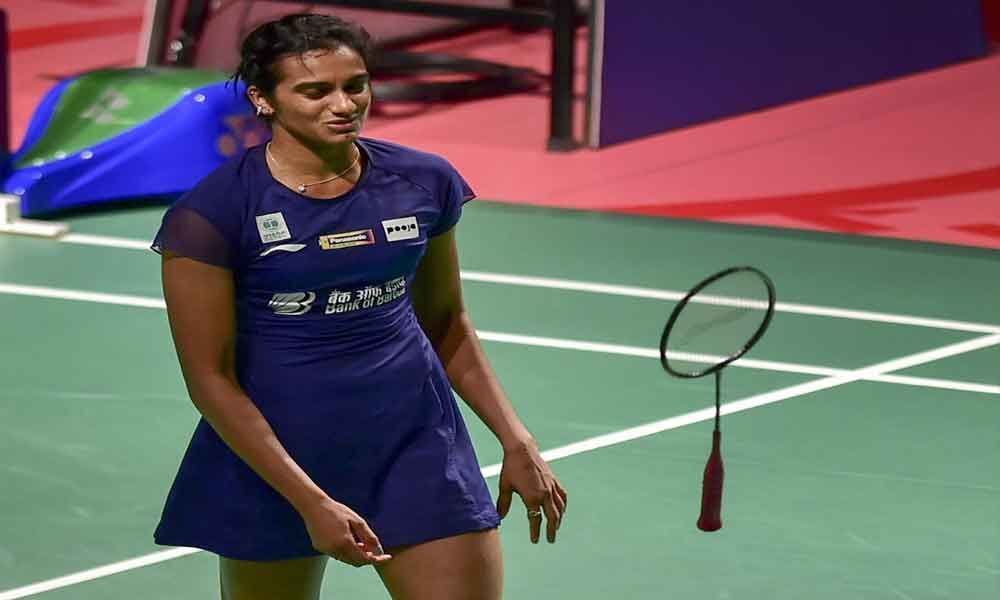 Olympic silver medallist P V Sindhu will look to shrug off the disappointment of her recent early exits when she spearheads Indian challenge at the USD 355,000 Singapore Open, starting here on Tuesday.

Singapore (PTI): Olympic silver medallist P V Sindhu will look to shrug off the disappointment of her recent early exits when she spearheads Indian challenge at the USD 355,000 Singapore Open, starting here on Tuesday.

Sindhu, who had claimed the BWF World Tour Finals in December last year, has looked off colour in the last few weeks. She made a first round exit at the All England Championship and lost in the second round of Malaysia Open, losing to Korea's Sung Ji Hyun on both occasion.

She had entered the semifinals at India Open but went down to He Bingjiao of China despite holding advantage in the first game. With hardly any time to make changes on the game or work on weaknesses considering the back-to-back tournaments in the BWF calender, it will be a challenge for fourth seed Sindhu to get to her best. She begins her campaign against Indonesia's Lyanny Alessandra Mainaky.

Saina Nehwal is the only Indian to claim a title this season with the 29-year-old from Hyderabad securing the crown at the Indonesia Masters following the injury of Carolina Marin of Spain in the finals. She also entered the quarterfinals at the All England Championship after battling through a pancreas infection.

However, the Indian needed hospitalisation to treat the problem and had to skip the Swiss Open and India Open to give herself time to recover. She returned to Malaysia Open but went down in the first round after a three-game battle with Thailand's Pornpawee Chochuwong.

The sixth seeded Indian will now have to be careful when she plays a fast-rising Line Hojmark Kjaersfeldt of Denmark in the opening round here.

Last week, Kidambi Srikanth was the best-placed Indian at Kuala Lumpur as he finished at the quarterfinals after losing to Olympic champion Chen Long. The 26-year-old from Guntur had broken a 17 month drought by reaching the finals of a BWF event at India Open.

This week, sixth seed Srikanth will continue his quest to break his title jinx when he begins his campaign against a qualifier at BWF World Tour Super 500 event.

Among others, HS Prannoy, who regained some form with a quarterfinal finish at India Open, will face France's Brice Leverdez, while Swiss Open finalist B Sai Praneeth has a tough fight ahead against world no 1 and top seed Japan's Kento Momota.

Sameer Verma, who had a good run in 2018, has shown the spark during his narrow defeats to Denmark's Viktor Axelsen at All England and China's world no 2 Shi Yuqi at Malaysia Open.

The Indian will hope to find his mental strength that helped him to qualify for the World Tour Finals and finish at the semifinals last year when he begins his campaign against a qualifier.

In doubles, mixed pair of Pranaav Jerry Chopra and N Sikki Reddy, women's pair of Ashwini Ponnappa and Sikki and men's pair of Manu Attri and B Sumeeth Reddy will look for a good outing.