Women's title clash: Who's saying what 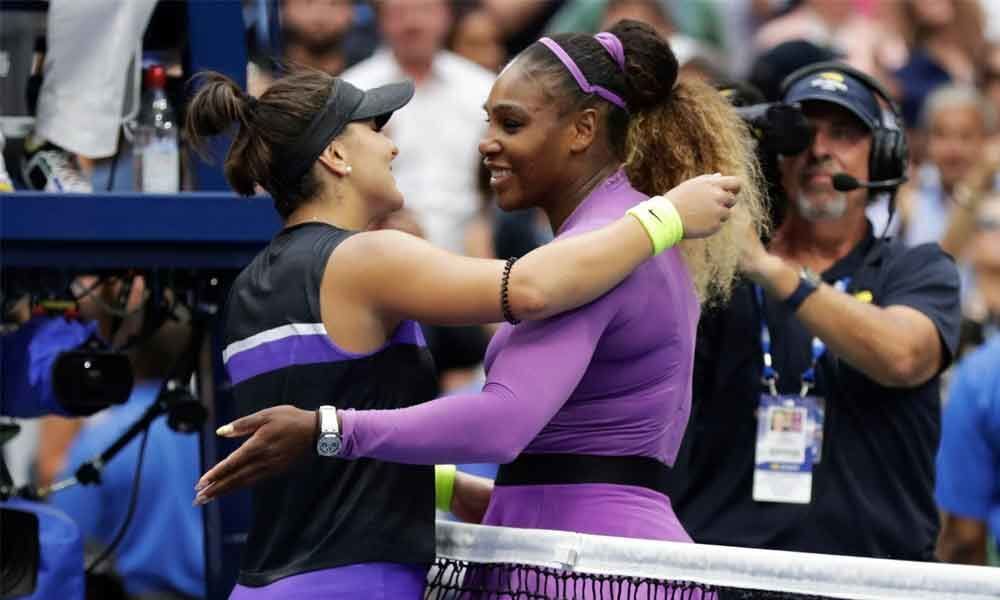 "CONGRATS GIRL! Canadian history" -- Eugenie Bouchard, who was the first Canadian woman to make a Grand Slam final when she reached the 2014 Wimbledon championship match, losing to Petra Kvitova. It was posted with a big-screen TV image of Andreescu holding the US Open champion's trophy.

"SHE THE CHAMP! Congrats, @Bandreescu_ #WeTheNorth x #SheTheNorth" -- The reigning NBA champion Toronto Raptors transmuted their slogan from their title run, "We the North", to "She the North" in tribute to Andreescu, tweeting the note with a photo of a Raptors jersey with her name on it next to the NBA championship trophy.

"You're #1!!! Congrats @Bandreescu_!#ShetheNorth #USOpen" -- The NHL's Vancouver Canucks sent their message with a photo of a No. 1 jersey bearing Andreescu's name.

"What a performance! Congratulations @Bandreescu_ #SheTheNorth" -- The Toronto Maple Leafs, who last won the Stanley Cup in 1967, wished their best to a 19-year-old who wasn't even alive when Serena Williams won her first Grand Slam crown 20 years ago.

"Congratulations @Bandreescu_ on an amazing performance and your first grand slam! Romania is very proud of you." -- Romania's Simona Halep, the reigning Wimbledon champion, pays tribute to Andreescu, whose parents are from Romania.