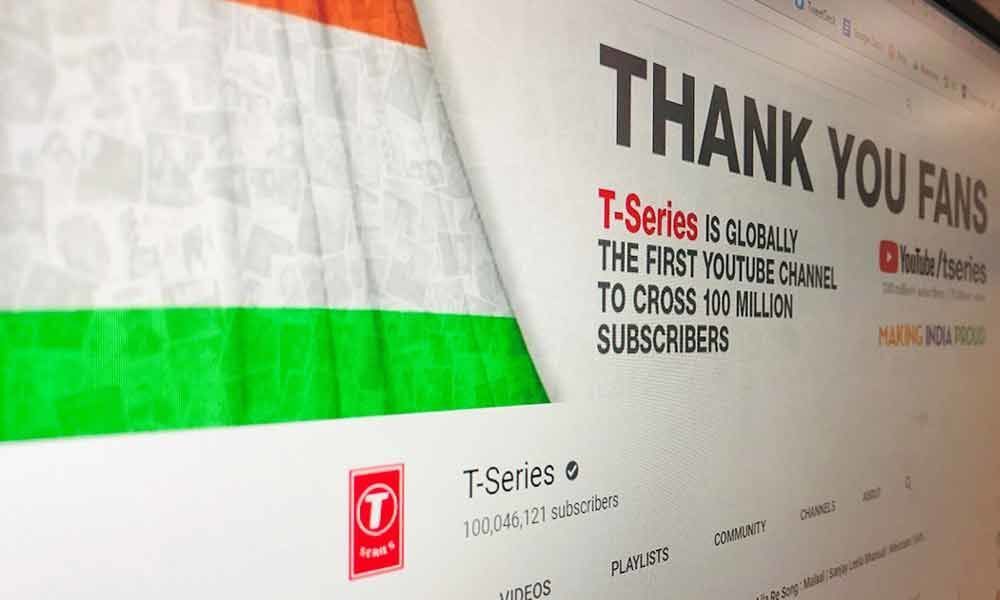 T-Series has become the first YouTube channel to cross the 100 million subscribers in the world.

T-Series has become the first YouTube channel to cross the 100 million subscribers in the world. The music label has been in competition with gaming commentator PewDiePie for the title of the most subscribed YouTube channel. Last month it finally managed to outperform the Felix Arvid Ulf Kjellberg channel and became the most subscribed channel on YouTube. Now, the T Series added one more feather in its hat by gaining more than 100 million subscribers.

T-Series made an announcement on Twitter that it is the first channel worldwide to reach 100 million subscribers. The tweet says: "World's biggest YouTube Channel, T-Series has achieved another YouTube milestone by being the first one to cross an astonishing #100MillionSubscribers. Thank you for being part of our journey. T-Series - Making India Proud." T-series also says that it has managed to garner 70 billion+ views as well. YouTube also congratulated T-series for its latest feat.

This great achievement has also been recognized by Guinness World Records. PewDiePie was the first to reach the 50 million subscribers mark worldwide, but the channel is still at 100 million milestones. At the time of writing, PewDiePie presently has 96,255,134 subscribers.

The ongoing competition between the two YouTube channels also helped them gain more grip and followers. Bhushan Kumar, T-Series Managing Director, had urged celebrities to help him spread the message in his social handles to Indians to subscribe to the T series. The company was established in Delhi by Gulshan Kumar in the year 1983 and the YouTube channel was launched in 2006.