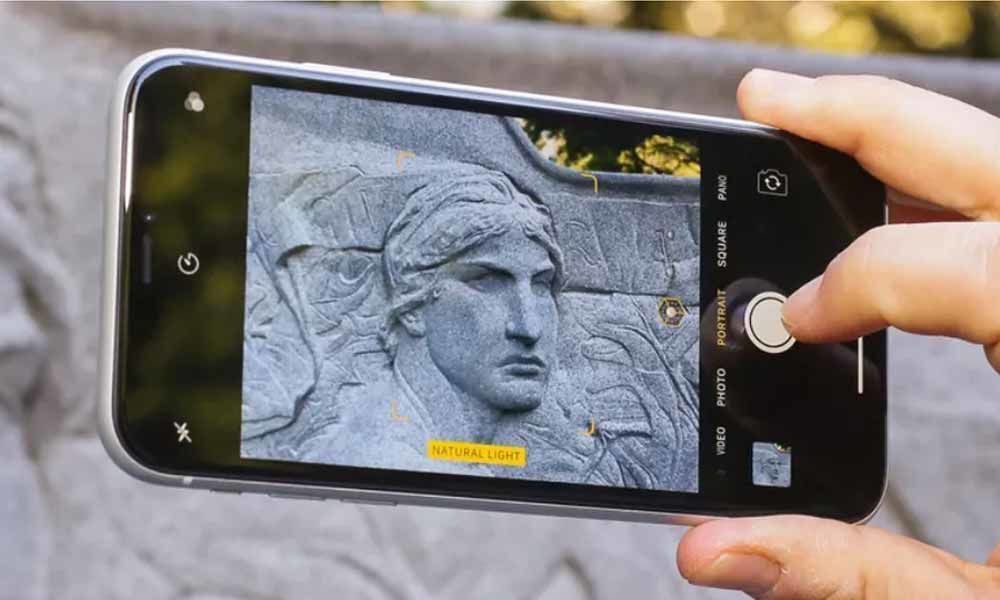 Five new features that Apple didn't disclose but may come to the iPhone 11, or whatever it's brand name phone is for 2019.

The Apple iOS 13 announcements is a window to some of the new features and tools that will come to the iPhone 11, or whatever it's brand name phone is for 2019. The dark mode, a keyboard that can swipe to write, new maps and features of customizable Memoji photos and avatars are just some of the changes that Apple revealed. But this is just the beginning.

Apple, and also Google, often retain some announcement that could reveal too many secrets about the next phone, a device that probably is still three months away. Developers often find intriguing nuggets hidden in the beta version of the iOS developer that could suggest future iPhone features.

Even without carefully analyzing the developer code, there is a lot of potential software in the store that could support a renewed iPhone 11 design.

1. New features of the camera could step into the light

There is a growing trend of smartphones for cameras with an impressive zoomed picture. Huawei, Oppo and even Apple's rival Samsung are at the forefront, each with at least three rear lenses that help zoom shots.

Apple does not worry about being late for the party, but he does care about throwing a better party than everyone else. The rumours point to a series of three cameras on the back of the next main iPhone, one of them with a zoom lens. If that happens, Apple will activate the new iOS 13 software to support it.

Samsung Galaxy S10 phones can recharge other phones, including an iPhone, with a new feature called Wireless Power Share. Turn it on, place a device that is compatible with the wireless charging on the back and watches it slowly recharging until you are ready to operate or until you reach 30% of the remaining battery. It is a perfect tool for charging small accessories without bringing a cable, and Apple would be smart to add, especially because it destroyed your AirPower charging base. Apple could use this victory.

We could see a power-sharing tool in the iPhone Control Center at a minimum, probably with its own standalone application to manage power and detailed inclusion settings, such as "charge only when plugged in".

Apple could push the software update before selling the iPhone, or it is possible that if this particular rumour fails, the code is already there.

3. The face ID features could go beyond the speed

Apple announced that Face ID, the secure facial unlocking software for the iPhone X family, will run 30% faster than now. That might not be all that Apple has for the Facial Unlocking. A Face ID update could be even more secure and include new AR capabilities.

If that happens, Apple could open packages of software tools for the front camera to third-party applications. You may not see a lot of new software in the configuration or in the additional alternating controls, but those APIs would still be part of the iOS 13 package for developers.

4. More information about the dark mode and nocturnal routines

Dark mode is a new tool that makes white screens look black and white and white text to reduce eyestrain. Apple taught us how the feature of the entire system will work with all of Apple's main applications, but there is a decent chance that we did not hear the latest.

Apple's emphasis on wellness and digital detoxification could mean that there will be more details on how to maintain limits with the use of the phone and protect your eyes from excessive stress. A new application or configuration for the iPhone 11 that was not yet ready in June could retroactively reach all the other iPhone as soon as it is ready in September.

5. We are not yet done with Siri

Siri, Apple's digital assistant, has a new voice! It's a little less robotic and is meant to use AI to make it sound smoother and less clipped. Although Siri acquires one or two skills to connect to devices in Apple's ecosystem, such as HomePod, AirPods and Carplay, Apple did not mention many changes to Siri on the iPhone.

Meanwhile, Google has been eating Siri's breakfast, lunch and dinner for years. Google Assistant has many new voices, including singer John Legend, and can make reservations in his name. Siri is drowning sadly in the dust.

However, Apple did not respond to a request for comment.