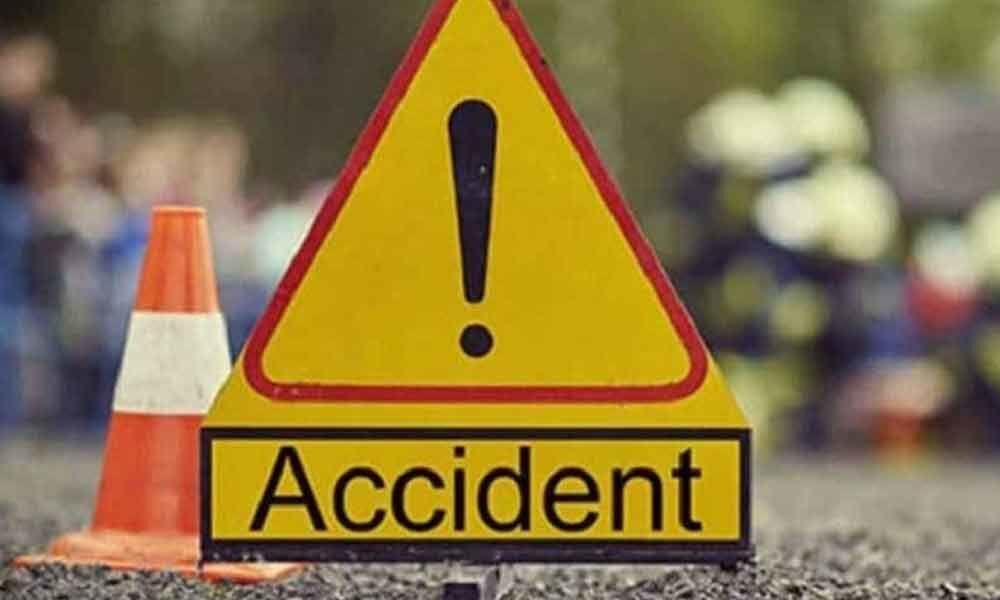 A 14-month-old baby killed and four others injured when a minor behind the wheel lost control over the speeding car and rammed it into an auto and two bikes here at Bowenpally on Sunday night.

According to the police, the accused, 16-year-old boy drove his car in the wrong route and then rammed into an Ola auto and into two bikes at a cantonment check post near a dairy farm at Bowenpally. Of the four persons in the auto, a toddler died on the spot and other three sustained serious injuries.

The injured identified as Nagamani, Mahadev, Sandhya Rani, auto driver Raju were shifted to Russh hospital. Nagamani's condition is said to be critical.

The police registered a case and launched a hunt to nab the minor who fled the spot after the incident.