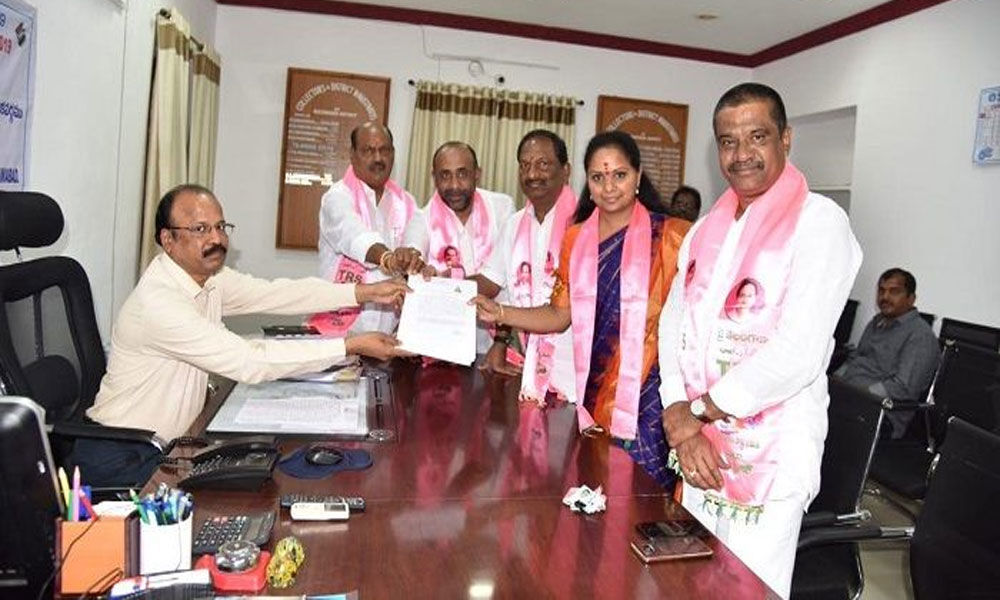 As many as 245 candidates, mostly farmers, filed thier nominations from the Nizamabad Lok Sabha constituency. A total of 182 nominations were filed on the last day on Monday.

Hyderabad: As many as 245 candidates, mostly farmers, filed thier nominations from the Nizamabad Lok Sabha constituency. A total of 182 nominations were filed on the last day on Monday.

The turmeric and Lal Jowar farmers have entered the fray in protest against non-payment of Minimum Support Price for their produce. Sitting TRS MP K. Kavitha, who is also the daughter of Chief Minister K. Chandrashekhar Rao, had promised in last elections to take steps for establishment of a turmeric board and MSP Lal Jowar. However, these promises could not be fulfilled. Consequently, as a protest, farmers from Jagitial, Koratla, Armoor, Balkonda and Nizmabad (Rural) decided to file nominations in the Lok Sabha elections.

Originally it was decided that 5 farmers from each village would file nomination and the security amount of Rs. 25,000 was mobilised by the Village Committee. Despite assurances from Chief Minister KCR and Transport Minister Prashant Reddy that their demands would be met, the farmers went ahead with their plan of filing bulk nominations.

The nominations would be scrutinised on Tuesday. Meanwhile, while addressing a press conference in Hyderabad, Telangana Chief Electoral Officer Dr. Rajath Kumar informed that the Election Commission would make arrangements for printing of a special ballot paper in view of 245 nominations in Nizamabad constituency.

Medak Lok Sabha constituency had the lowest number of 20 nominations.