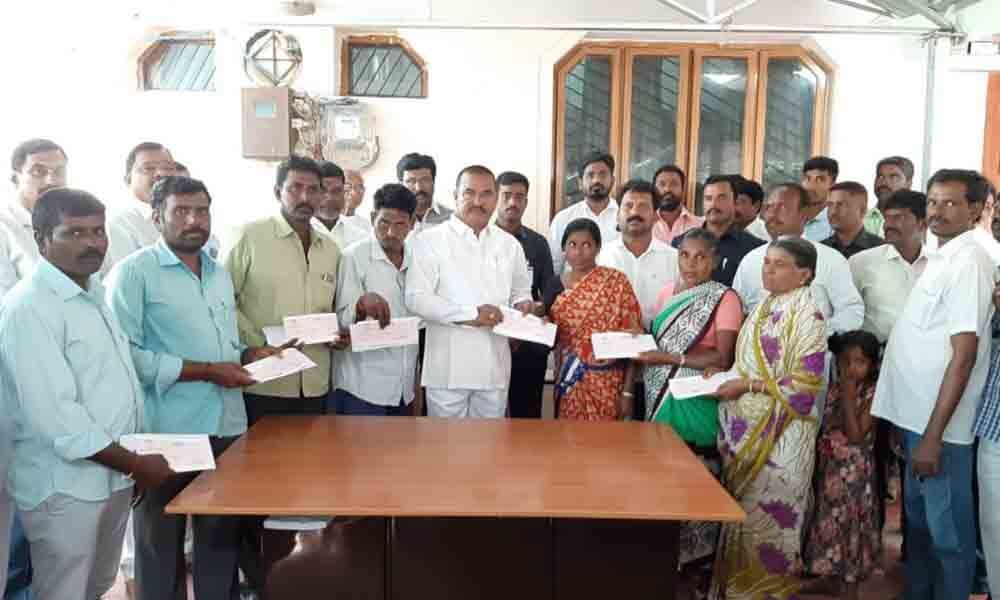 Among the beneficiaries, Allabi of Ranipet village received a cheque for Rs 60,000, Ramadasu of Wanaparthy received Rs 28,000, Jangammal and Lalitha of Gananapur mandal received Rs 7,000 and Rs 6,500 respectively, at a function organised in Wanaparthy district.

Others who got the financial aid for their healthcare expenses included Ramudu of Khambalapur village, Bhagyalaxmi and Sayad Pasha of Kottakota. Both received Rs 17,000 and 60,000 respectively.

Rekha of Mojerla village, who is also suffering from an ailment and getting treated at a hospital, also received Rs 13,500 towards her hospital expenses. Speaking on the occasion, Singireddy Niranjan Reddy said, "The Chief Minister is utmost concerned about the health of people of the State. Particularly, people from the rural areas who are not lacking financial support to pay their medical bills."