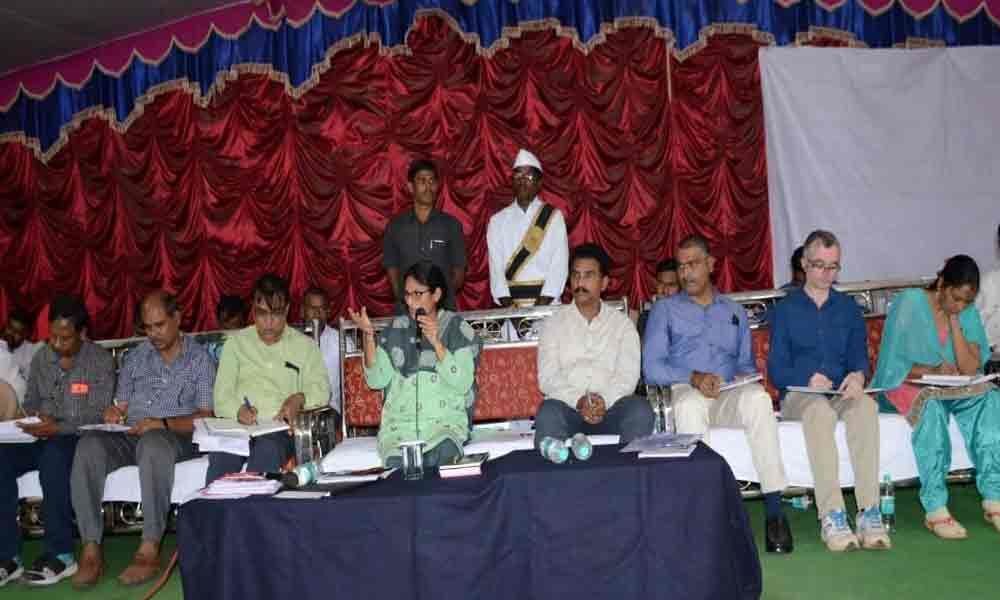 Tandur: District Collector Ayesha Masrat Khanam said the plantation under Haritha Haram should be completed within ten days. She conducted a meeting on 60-day action plan with district officers along with tahsildars and MPDOs in the division, here on Friday.

She explained them what kind of trees to be planted emphasising growing trees in vacant places in villages. The Collector told them to form a committee named 'Haritha Sainikudu' with sarpanch and youth of the villages to take up the responsibility to protect the greenery.

She said modalities to improve infrastructure like drinking water, streetlights and hygiene would be given by officials concerned under the 60-day action plan. ZP CEO Srikanth, APD Johnson, mining AD Vinaykumar, forest officer Venumadhav and RDO Venumadhav, BC Welfare officer Pushpa, youth affairs officer Hanmantha Rao and others were present.