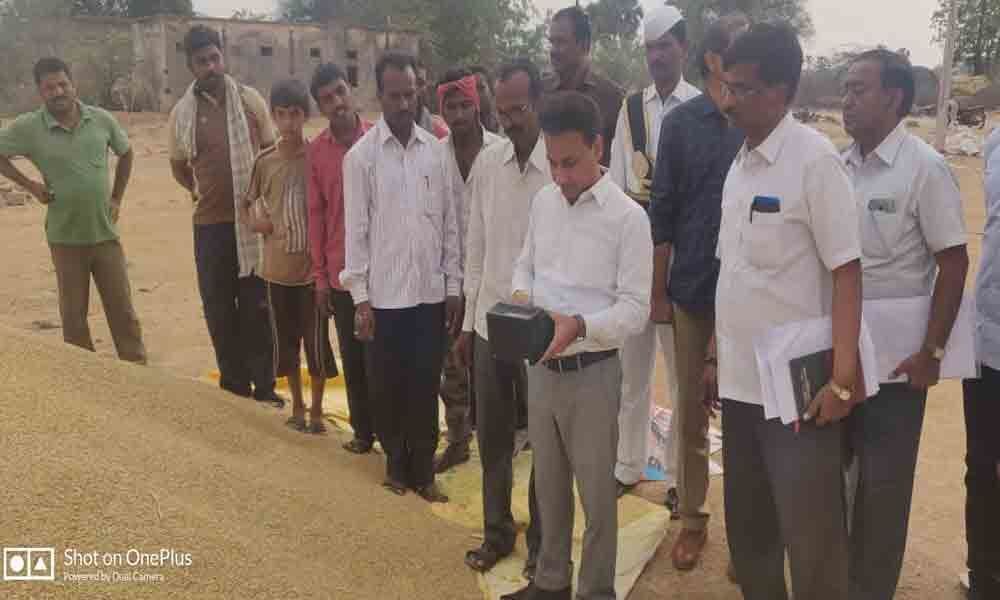 He instructed the organisers of IKP centre to complete the purchasing of existing paddy at the IKP centre and paddy that comes with recommended moisture to the centre and sent it to mills on war footing.

Stating that there was a possibility of rains in the next couple of days, he instructed the organisers to accelerate the procurement process and shift the paddy to mills by engaging sufficient lorries for transportation.

Meanwhile, the Collector visited government hospital and enquired about the health condition of farmer, Nikhil of Ghanapuram village of PA Pally mandal, who attempted suicide at Kondamallepally agriculture market over apathy of organisers of IKP centre in purchasing his paddy.