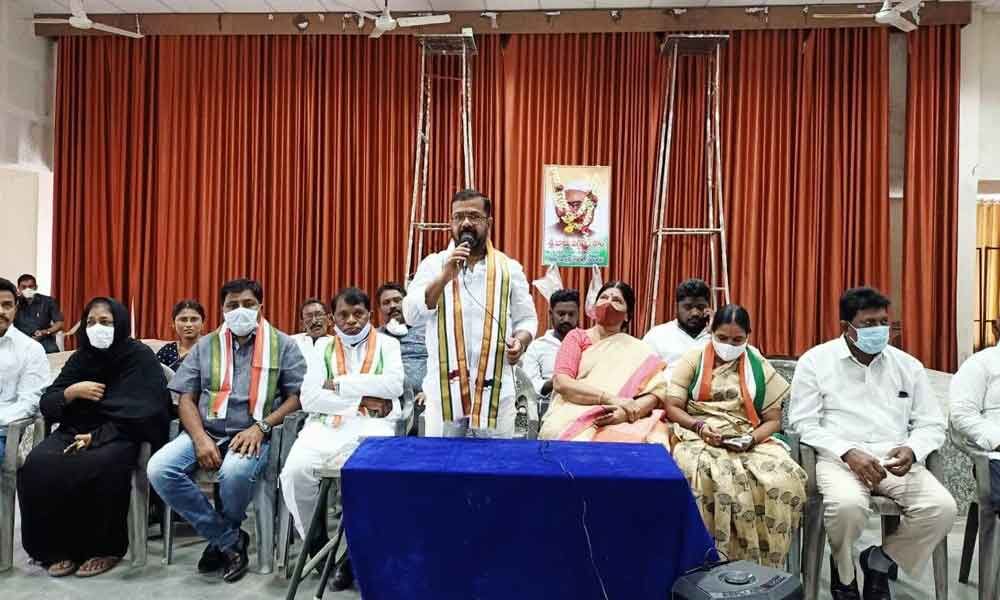 Warangal: The whole process of delimitation of divisions is being done to help the ruling TRS party, said Warangal DCC president Naini Rajender Reddy. The DCC chief said that they will move the court over the irregular formation of divisions.

In a meeting that focused on ensuing elections to the Greater Warangal Municipal Corporation (GWMC) here on Monday, Reddy expressed dissatisfaction over the delimitation of divisions. "Even though the Congress had put forward objections regarding the framing of divisions, the response from the administration was little.

Now, the enumeration of BC, SC, ST and women voters that decides reservations is in progress. Although the authorities were to give time to raise objections, it won't make any difference in the end result, he said.

He said that the government is likely to issue election notification to the GWMC soon after the end of delimitation process, April 14. In any case, the elections will be conducted by the end of April, he added. He told the cadres to understand the formation of divisions before they plunge into any activity.

Against this backdrop, it's time for the cadres to gear up seriously for the polls, he said, directing party's divisions' presidents to prepare the list of probables from BC, SC and STs. Reddy said that an election committee would be formed to look into the probables finalised by the divisions' presidents. The DCC will receive applications from the aspirants a day after the reservations were announced, he said.