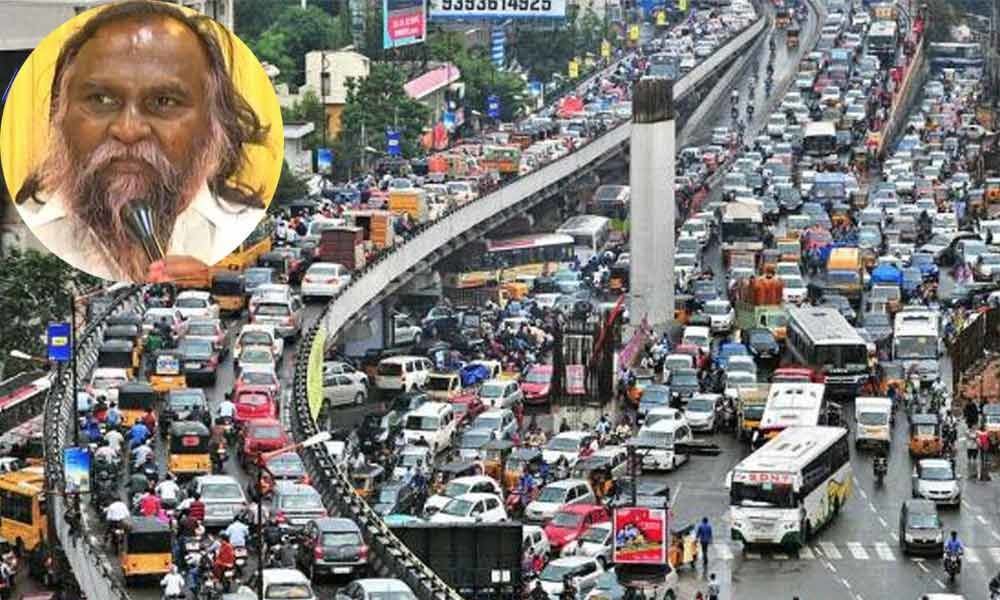 Congress MLA from Sangareddy constituency T Jagga Reddy on Tuesday said that the officials have failed to prevent the traffic jams in the city during the rains.

Hyderabad: Congress MLA from Sangareddy constituency T Jagga Reddy on Tuesday said that the officials have failed to prevent the traffic jams in the city during the rains.

Addressing the media, he said that lot of traffic jams have been taking place in Hitec City area. People caught in the jams have to face problems for hours together; even the ambulances are stuck in the traffic jams, he added.

Stating that though he welcomes the GHMC commissioner's advice that people should not come out in rains, the MLA wanted to know how the people are informed about when it will rain.

He reminded that keeping the traffic issues in view, former Chief Minister YS Rajasekhara Reddy had seen that Metro Rail and Outer Ring Road are constructed for Hyderabad.

He said that even though three lakh people have been using Metro Rail every day there is no end to the traffic woes. He said that government should find out the areas where traffic jams have been taking place due to rains and should provide alternative routes.

Jagga Reddy advised that if the present police force was not enough to tackle the problems new personnel should be appointed. The Chief Minister should review the situation and take action.

He wanted the TRS leaders to solve the issues than criticising the Congress for the problems. The people of Hyderabad have given 100 divisions to the ruling party and it has the responsibility to solve the problems.