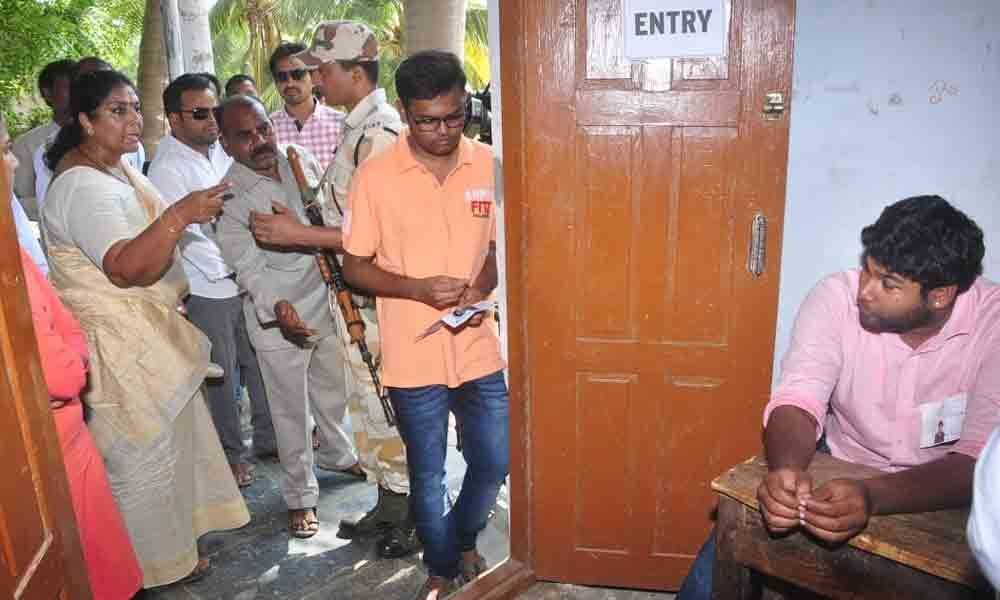 She alleged that Khammam MLA Puvvada Ajay Kumar's son is appealing to the college students to vote for TRS party which triggered the fight between Congress leaders and Puvvada Naveen Kumar supporters. The Congress leader also protested inside the polling centre number 175 in Khammam over malfunctioning of the EVM. Renuka Chowdhury is pitted against TRS leader Nama Nageshwara Rao of TRS.