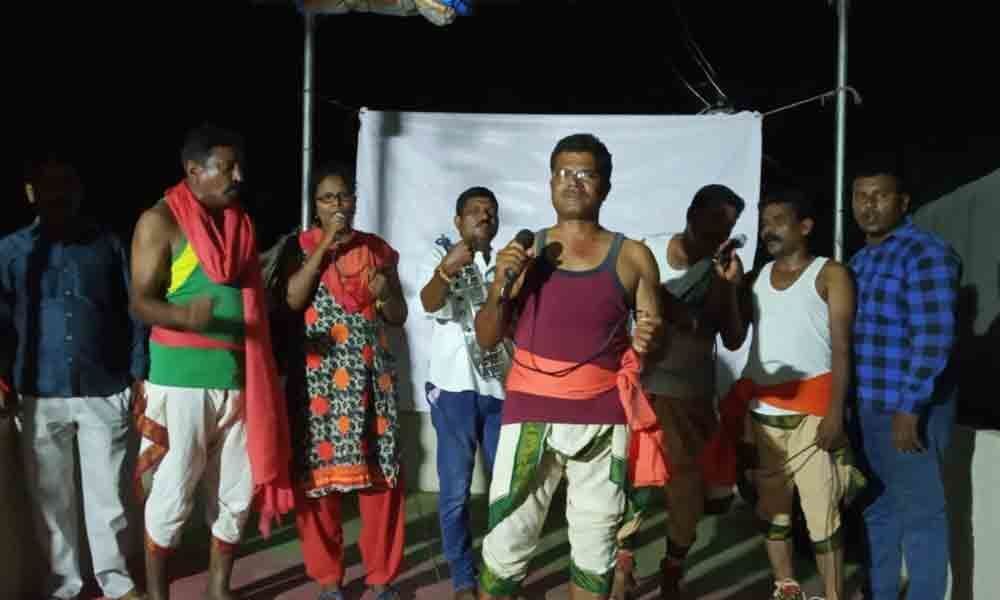 x
The police officials from District Police Department singing songs in order to create awareness among the people about the new Motor Vehicle Act and penalties for violating the traffic rules, at a programme in Kodandapuram village on Wednesday
Highlights

Nalgonda rural CI Rajashekar Reddy stated that Police department has been strengthening its relations with public through various awareness programmes.

On Wednesday, he launched an awareness programme on traffic rules and penalties to be paid for violation of traffic rules under the new Motor Vehicle Act through a skit by cultural wing of district police department at Kodandapuram village in Nalgonda mandal.

As part of the programme, artistes from the police department explained the ill effects of drunk driving, impact of accidents due to not wearing seat belts and helmets and penalties to be paid for violation of traffic rules though their songs and skits.

Speaking on the occasion, CI Rajashekar Reddy informed that department has been creating awareness among the people about She Teams, cybercrimes, traffic rules and impact of violation of traffic rules through meetings and skits by cultural wing of the police department.

On directions of Superintendent of Police AV Ranganath, such awareness programmes would conducted in all villages in Nalgonda mandal, the CI informed. Village Sarpanch Jan Reddy, MPTC Mallesham and villagers in large number attended the programme.