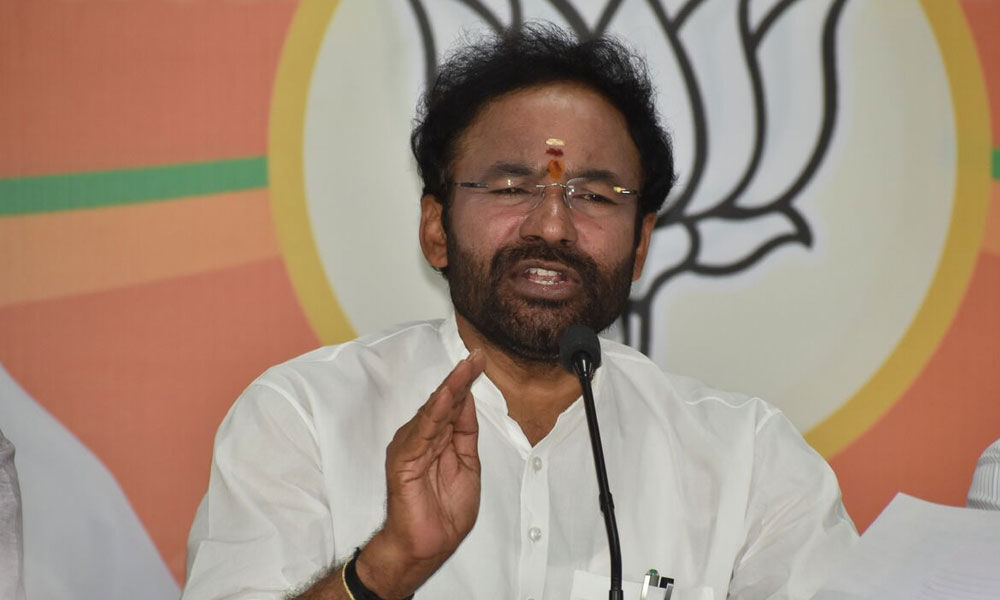 Hyderabad: Former Union Minister and BJP sitting MP Bandaru Dattatreya's has staked a claim for the party ticket to contest from Secunderabad Lok Sabha constituency. According to party sources, Dattatreya expressed his desire to contest again from Secunderabad to the party high command during his recent visit to Delhi to attend the party's manifesto committee meeting. The meeting was chaired by Union Home Minister Rajnath Singh.

Following this development, now, the party is weighing the options whether to retain Dattatreya as its candidate or to field a new face in the ensuing general elections from the Secunderabad seat. Speaking to The Hans India, a senior party leader recalled that the party had intended to field G Kishan Reddy from Secuderabad in the last Lok Sabha election.

But he was indecisive for long in expressing his consent and it led to the party fielding Dattatreya. When Kishan Reddy expressed his willingness at last, he was told, it "was too late and the party don't want to take back its promise given to a senior leader," the senior leader said.Following his narrow defeat in the State Assembly elections last year, this time, Kishan Reddy is aspiring to contest from the Secunderabad Lok Saba seat in the ensuing elections.

However, with Dattatreya once again throwing his hat in the ring, now the party high command is in dilemma whether to renominate Dattatreya or field someone else..According to the party sources, "Dattatreya is a known face to all sections of people in the constituency. Further, there is not much discontent or opposition among the voters against him that warrants a change."

In addition to this, the party is also considering the impact of TRS on the winning chances of the party in the lone LS seat it has in the State in case of changing the candidate. Because the pink party had earlier snatched traditional urban vote bank of the party resulting in the four of the BJP candidates faced defeat in the Assembly elections.

That apart, it is unlikely that the party national general secretary P Muralidhar Rao would contest from the Secunderabad. However, he has reportedly thrown his weight behind State party president K Laxman, making the BJP State president as one of the two aspirants for the Secunderabad constituency.

But, dismissing them as speculations party insiders said unless there is a change of guard, it is unlikely that Laxman would take the plunge in the ensuing Lok Sabha elections. The competition remains between Dattatreya and Kishan Reddy, the sources pointed out. But, Laxman said that he was willing to contest from anywhere, if the party directed him to do so.