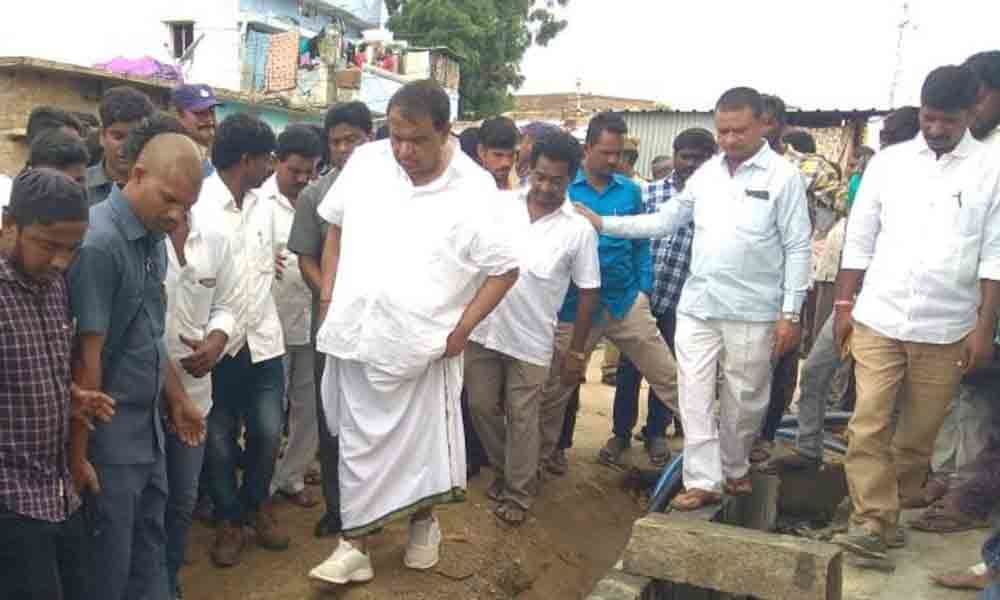 Assembly Speaker Pocharam Srinivas Reddy fired on civic officials after observing a sewage canal clogged with waste and garbage and also on the sides of the main road.

Banswada (Kamareddy): Assembly Speaker Pocharam Srinivas Reddy fired on civic officials after observing a sewage canal clogged with waste and garbage and also on the sides of the main road. He stated that dirty surroundings will lead to various diseases during his survey of various colonies in Banswada town on Sunday.

He enquired the locals about problems at field-level and gave suggestions to the authorities and public representatives to solve them. The officials were told to remove waste and garbage from the sewage drains from time to time. He told the municipal authorities to supply dustbins to the traders and people in the town for garbage, to stop them from dumping the waste on roads. The Speaker ordered the officials to impose fine on those, who dump garbage on roads and sewers violating the rules and regulations.

Speaker Reddy drank tea at a small tea stall in front of the Area Hospital. Later he inspected the toilets that were built at the weekly market, that are ready to use. He advised the municipal officials to construct a few more toilets.

The Speaker examined the newly constructed double bedroom houses in Gauliguda and enquired the locals about any issues they have.