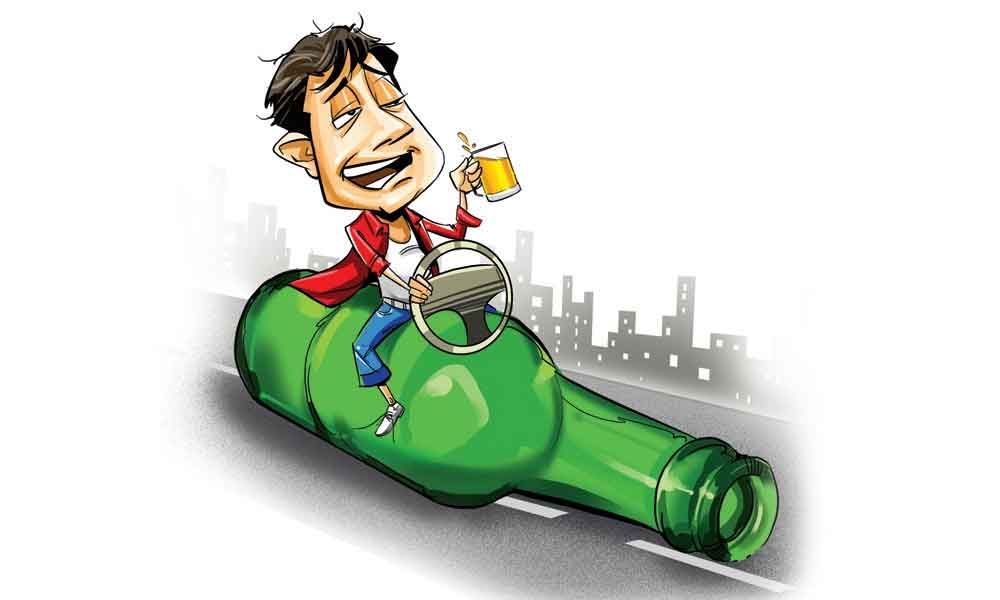 Gachibowli : There is an almost three-fold increase in drunk driving cases under Cyberabad limits, as the month of January recorded 7,000 cases, when...

Gachibowli : There is an almost three-fold increase in drunk driving cases under Cyberabad limits, as the month of January recorded 7,000 cases, when compared to 2,468 cases booked during December.

The Cyberabad police have increased the drunk driving checks to curb the violation. Last year 155 accidents occurred due to drunk driving, so to control this menace police have began checks during night and evening hours at various junctions in Cyberabad limits and also in various accident-prone areas that includes Madhapur, Balanagar , Shamshabad , Kondapur and Gachibowli.

Speaking to The Hans India, SM Vijay Kumar, DCP, Cyberabad, said, "In order to prevent accidents, we are booking drunk driving cases across Cyberabad limits and also filing charge sheets against the accused in the court.

Based on the severity of the case, the offender may have to undergo imprisonment and also pay fine. Driving licences of those caught driving under the influence of alcohol are being seized and sent to the RTO concerned recommending suspension.

Especially age group between 21 and 40 years are found to be involved more in this treacherous activity."

"In the month of January, 100 accused were jailed and around 1,000 were imposed penalty. About 6,000 cases are pending in the court due to Covid-19 pandemic. Apart from that we are trying to counsel them and also intimating their relatives or to near and dear ones," the DCP added.