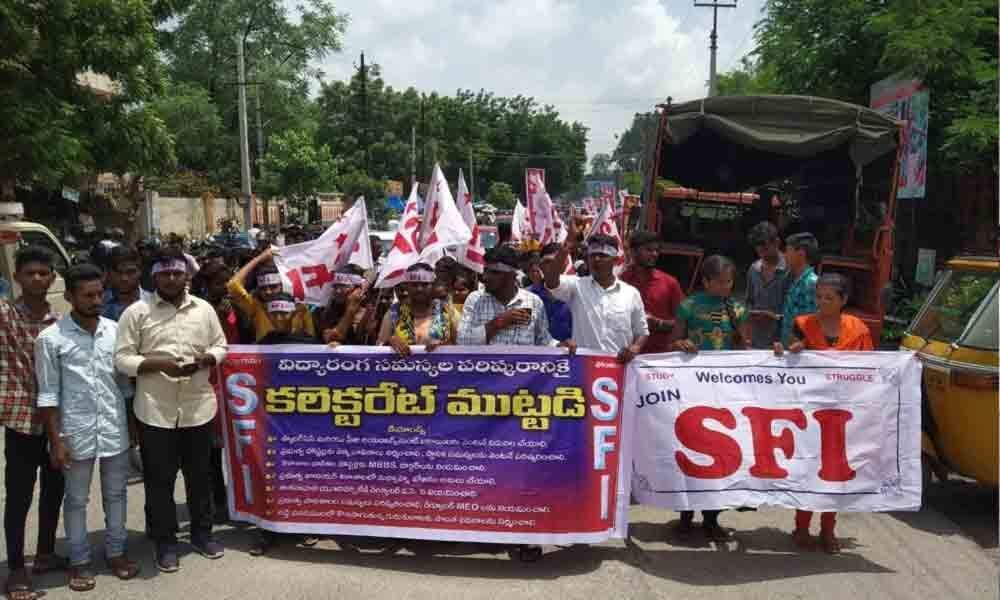 Karimnagar: Student Federation of India (SFI) district secretary S Rajinikanth alleged that the TRS government had utterly failed in solving the issues faced by education sector. SFI representatives staged a dharna in front of the Collectorate in Karimnagar on Monday and tried to lay seize to it.Speaking on the occasion, SFI district secretary Rajinikanth alleged that the TRS, which boasted of strengthening the education sector and to strive hard for achieving Bangaru Telangana after achieving of separate Statehood, had cheated the people after coming to power.

How the school education would be strengthened without appointing MEOs? Rajinikanth questioned. There are no toilets, no drinking water facilities, no regular health check-up of students and no hostel facilities in many government and residential schools present across the State. Most of the schools are run in private buildings on lease without permanent buildings and playgrounds, he alleged.

The SFI leader demanded that the government must solve all the issues pertaining to government education system along with appointing regular Vice-Chancellor to Satavahana University along with conducting supplementary examinations for degree students.