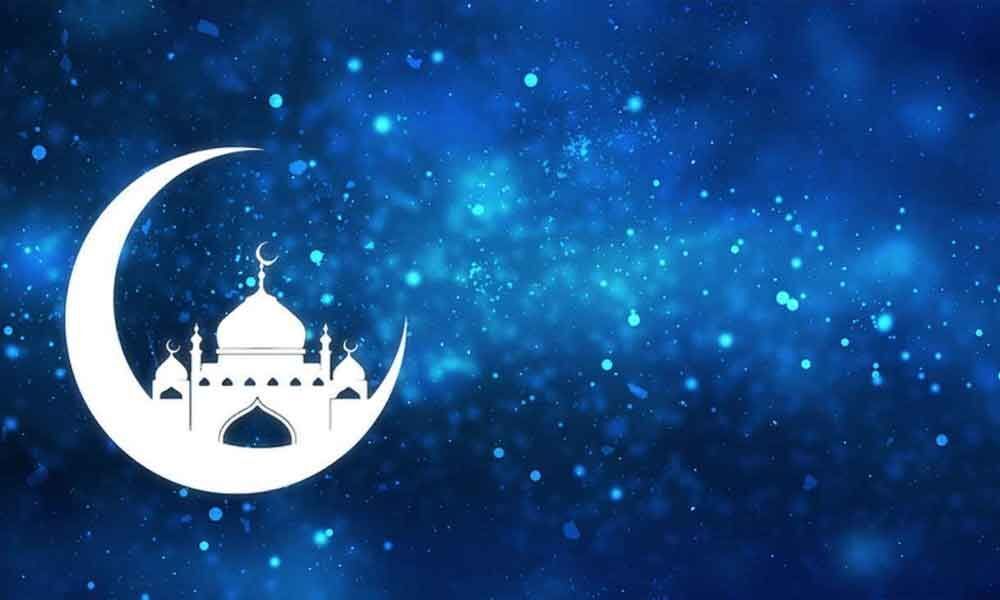 Hyderabad: The Ruyat-e-Hilal (moon sighting) committee including Islamic scholars will meet today in Moazzam Jahi market at its office in the Bachelors Quarters at 6 p.m to decide on the Eid–ul–Fitr celebrations.

The committee head Maulana Qubool Pasha Quadri Shuttari and other scholars will consider the sighting of the new moon in the city or other places in the Telangana State or country before making the official announcement.

Today, the 29th fast of the holy month of Ramadan is observed by the Muslims. Usually, Eid is celebrated after the 29th or 30th day of fasting and it depends on the sighting of the new moon.

However, the religious scholars have asked the community to hand over the 'Sadqa –e- Fitr', to the needy prior to the Eid–ul–Fitr namaz that the needy people can meet the expenses of the Eid or celebrate the Eid making use of the donation.

Sadqa-e-Fitr (also known as Fitrana) is an amount of charity in the form of staple foodstuff which all Muslims with the means need to pay at the end of the holy month of Ramadan.

Maulana Abdul Rahman Azhari said wheat, barley, dates and raisins can be paid as Fitrana by the community to the needy people. "It is advisable it is paid before the Eid namaz so that the needy can also celebrate Eid," he said.

Maulana Hafiz Dr Ahsan Bin Mohammed Al Hamoomi, Imam of Shahi Masjid Bagh e Aam said that it is obligatory for a Muslim to pay the Fitrana. He advised, "Those staying in foreign countries should pay it at the place where they stay to the needy person instead of asking their relatives in India to give it."