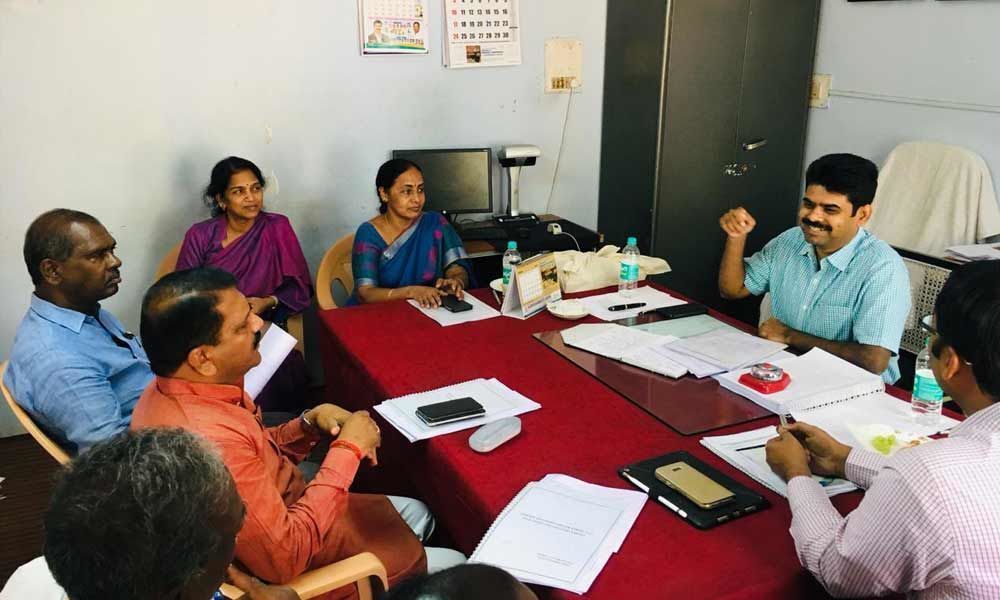 He held a meeting with representatives of political parties at the Rajendranagar Tahsildar office here on Tuesday.

The Collector appealed to everyone to extend their cooperation for conducting the upcoming Lok Sabha elections peacefully and added that it was also the responsibility of leaders of political parties.

He said all eligible voters could submit applications for voter cards till March 15.

Lokesh advised the people to check their names in the voters list by dialling the toll-free number 1950.

Collector Kumar said that people could also lodge their complaints about issues relating to elections by dialling 1950.

He warned of stringent action if people or leaders of political parties were found violating the code of conduct.

He said they would receive nominations from March 18 and added that all political parties agreed to set up nominations receiving centre in the office.

Lokesh said they would install GPS to vehicles which would be used during elections.