Fire breaks out at Industrial area of Cherlapally 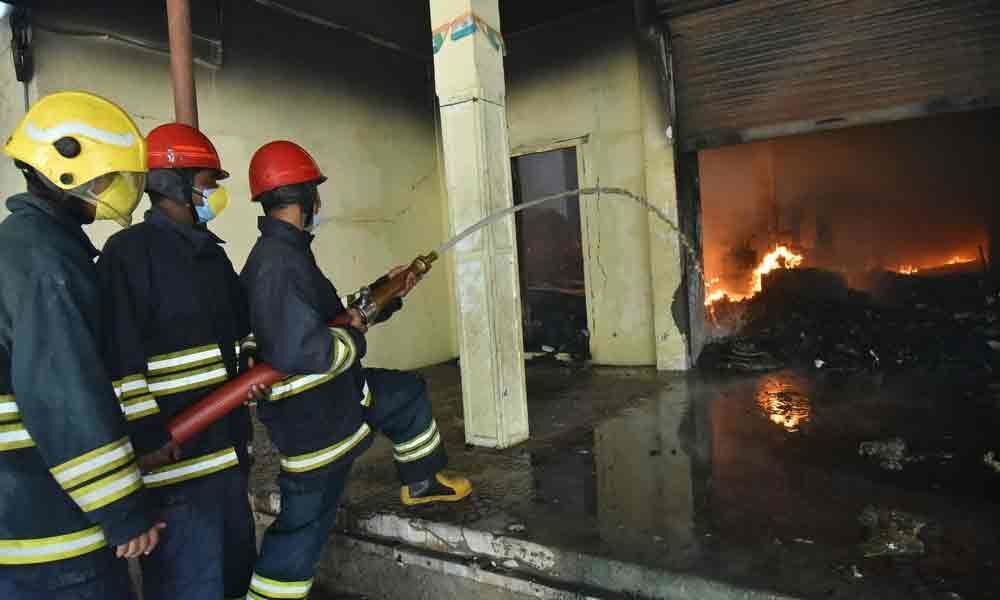 Hyderabad: A fire broke out at a private organic product manufacturing unit in Cherlapally industrial area phase II on Wednesday early morning. The fire spread to a borewell industry, which is beside the chemical industry. It is estimated that few crores of property was damaged in the accident.

The reason behind the accident is not yet known. According to Medchal District Fire Officer (DFO), on receiving information, fire extinguishers rushed to the spot along with five water tankers. It took five hours for the firefighters to douse the fire.

"It is an organic products manufacturing unit and godown, as they have access from only front side of the building, officials made two makeshift entry points by drilling holes into the compound walls, so that they have access from three sides to fight the fire. As the industries were built long ago, there is lack of fire safety measures in the area and safety measures are very poor," the official said.

Though the fire safety department has been conducting awareness programmes among the general public and industries, unfortunately there are few fire accidents that are reported.