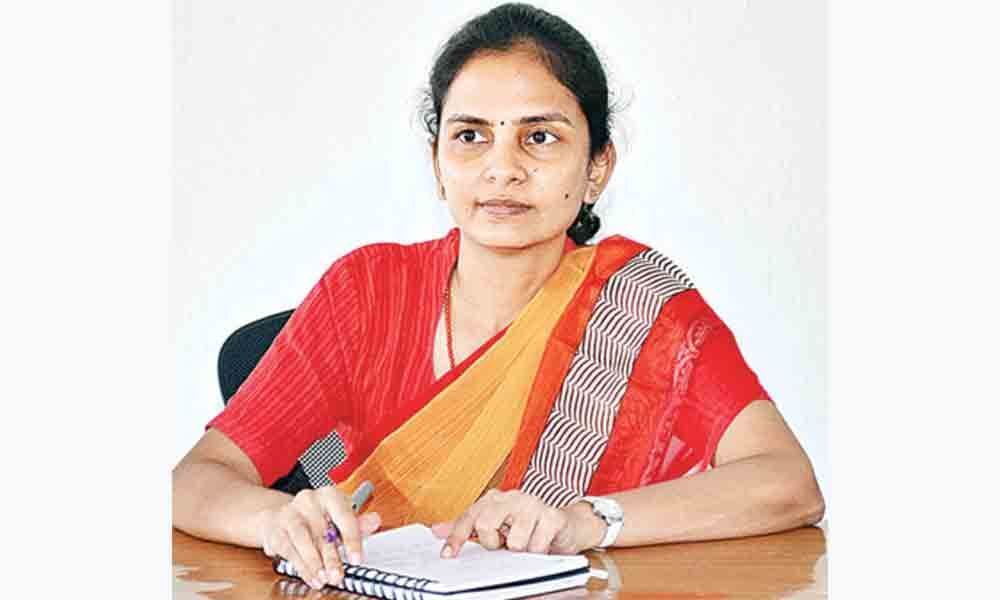 Adilabad: District Collector D Divya warned officials of various departments and public representatives to conduct 30-day special action plan strictly. She told them to maintain greenery, cleanliness and streetlights or else be ready to face action while addressing an awareness meeting on 30-day gram panchayat special action plan at KCB function hall in Adilabad on Thursday.

Divya told the public representatives and officials to maintain cleanliness in government institutions, public places in their respective villages and mandal headquarters. They were also told to manage garbage by providing two dust bins for dry and wet waste and arrange tricycle rikshaw to collect garbage from each house and ensure that people will not dump their garbage in drainage. She advised that wet garbage can be used as vermi compost for their agriculture lands and ordered the officers concerned to impose Rs 500 fine for dumping garbage outside.

Stressing on constructing individual toilets in houses, the Collector wanted the villagers not to go open defecation or urinals. She told the villagers not to believe superstitions like one should not construct toilet inside the house with a pregnant woman living and asked the officials and public representatives to create awareness among the people about using individual toilets. In fact, she said that it is better to construct a toilet inside the house, which relieves the women from going out for nature call during nights.

Panchayat Raj secretaries and sarpanches were told to identify old government buildings, which are in dilapidated condition and MPDOs should form a committee with assistant engineers of various departments to test the buildings before dismantling them. The debris should be used to fill unused wells and quarries in their areas.

Collector Divya requested all to plant saplings under Haritha Haram drive and make sure that at least 85 per cent of the plants will sustain. She directed the officials to appoint Haritha Sainikulu for every 400 trees to protect them and to conduct avenue plantation on both sides of the main roads in their villages with Tamarind, Gulmohar and Neem trees.