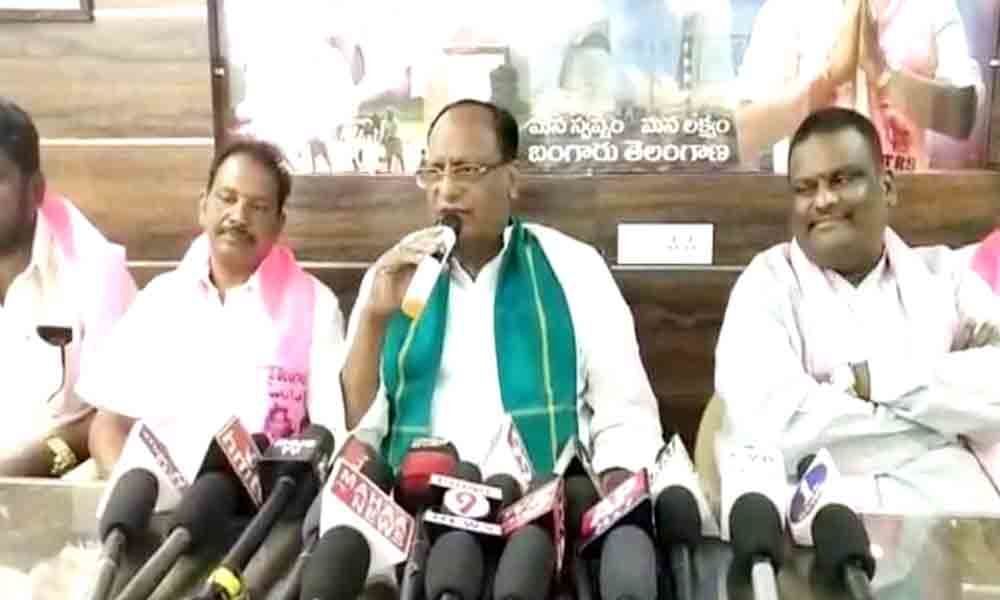 Miryalaguda (Nalgonda): Former MP and Rythu Samanvaya Samithi State chairman Gutha Sukender Reddy has criticised Prime Minister Narendra Modi for his comment where he stated that people of two Telugu-speaking States were not in a position to adjust with each other as the bifurcation of erstwhile Andhra Pradesh was done indecently.

Addressing the media on Monday, he expressed his concern over Modi's remarks on two Telugu-speaking States during a poll campaign in Bihar. He termed Modi's comments as provocative statements to create a rift between the people of Telangana and Andhra Pradesh. He advised the Prime Minister to recall the saffron party's Kakinada resolution of one vote and two States and cooperation extended by the party senior leader and External Affairs Minister Sushma Swaraj in and outside the Parliament for the bifurcation of Andhra Pradesh.

"The Modi government has failed to fulfill the assurances made in AP Reorganisation Act in past five years," he said, adding as to how far it was correct on part of BJP leaders to hide their inefficiency by making baseless comments against AP bifurcation. Party local leaders and supporters attended the press meet.