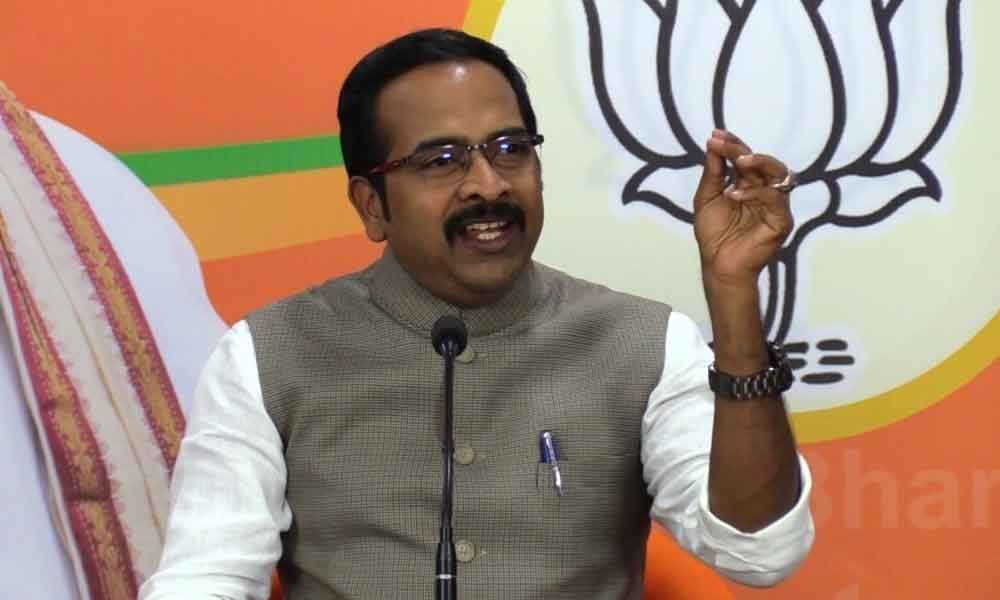 Addressing the media here on Tuesday, he said the inefficiency and criminal negligence of the State administration has turned Telangana into a dengue capital of the country.

He criticised the Chief Minister, Health Minister, Ministers, corporators of the ruling TRS in GHMC for failing to act responsibly at a time when unofficial reports put dengue death toll in the State at 250.

He said the party takes serious note of the growing number of deaths and condemns the colossal neglect towards poorest of the poor of Telangana left in a lurch.

The BJP leader said the incident of a hapless father in Karimnagar fetching the dead body of his daughter waiting for an autorickshaw exposes how the public health care system in the State is in totters.

"From top to bottom in Telangana, the ruling party leaders including the Chief Minister are busy playing politics and not bothered about the lives of the people," he said.

He also questioned the newly appointed GHMC Commissioner, whether he was busy in playing to the tune of the political bosses neglecting to take preventive measures to curb the spread of dengue fevers?

Rao said a 13-year-old girl of Gitanjali School and another boy of 15-year-old from another school were reportedly dead due to dengue. In GHMC alone around 160 deaths were reported.

Yet, the GHMC officials and corporators remain invisible. Rao said the party will soon take up an awareness campaign on dengue fevers and how to take preventive measures. Besides, it is also chalking out an action plan to stage protests against the State government's negligence.