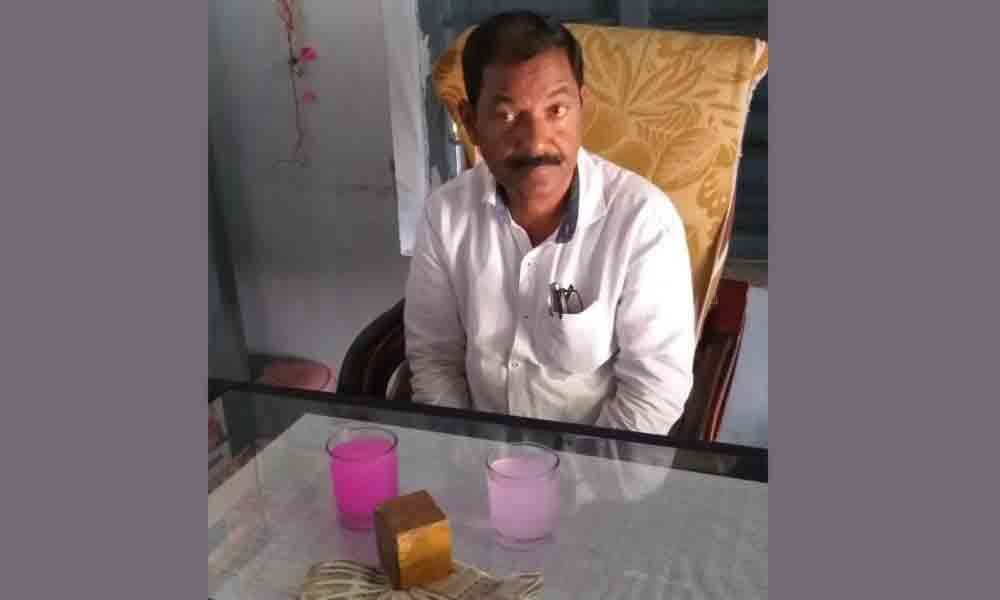 Officials of the Anti-Corruption Bureau (ACB) arrested a Mandal Education Officer (MEO), who accepted bribe of Rs 10,000 from a headmaster at...

Jangaon: Officials of the Anti-Corruption Bureau (ACB) arrested a Mandal Education Officer (MEO), who accepted bribe of Rs 10,000 from a headmaster at Nagireddipally under Bachannapet mandal in Jangaon district on Monday.

According to ACB DSP S Pratap, the accused MEO Muthaiah has been blackmailing Nagireddipally Government School headmaster Maddikunta Krishna Reddy, who went on an unauthorised leave for three days. He demanded a bribe of Rs 25,000 from the headmaster to free him from taking action against him. The headmaster, who agreed to give Rs 10,000, approached the ACB.

The ACB sleuths laid a trap and caught the MEO red handed while accepting bribe from the headmaster. The Officials said that the MEO would be produced before the special ACB court.