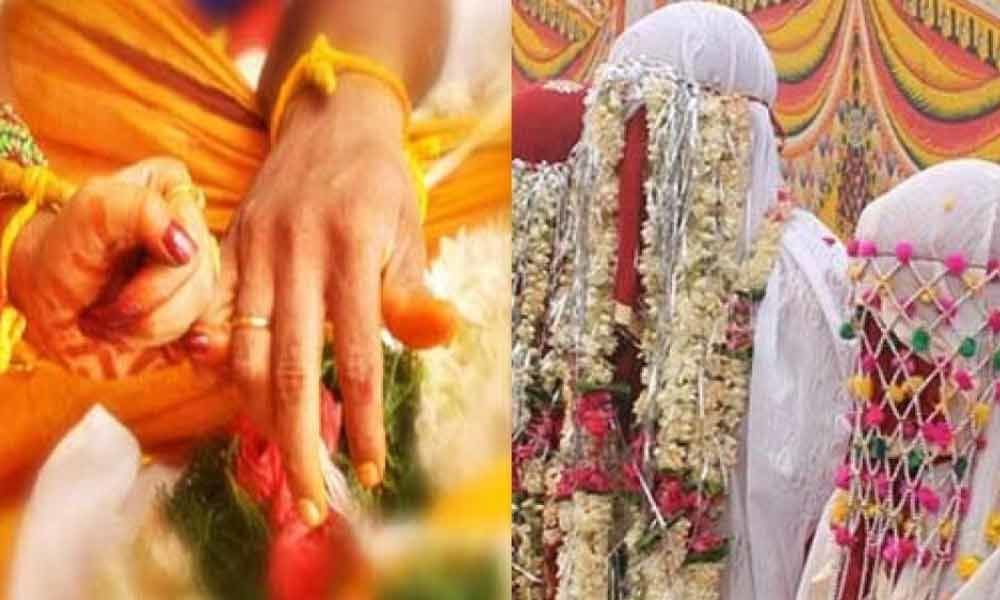 On the occasion of ‘World Marriage Day,’ a welfare scheme of Telangana state has drawn huge appreciation.

Hyderabad: On the occasion of 'World Marriage Day,' a welfare scheme of Telangana state has drawn huge appreciation.

Kalyana Lakshmi Pathakam and Shadhi Mubaarak schemes of Telangana are termed a boon to brides, particularly for tribal brides whose parents find it marry off their daughters.

Kalyana Lakshmi is a unique programme aimed at helping poor families get their daughters married. It started with an assistance of Rs 51,000 in October 2014. Initially, the scheme was limited to SC, ST, Minority communities.

To alleviate the financial distress of every Telangana girl child, the TRS government decided to sanction a one-time financial assistance of Rs 1,00,116 at the time of marriage for brides who are residents of Telangana State.

Accordingly, Kalyana Lakshmi and Shaadi Mubaarak schemes were introduced with effect from October 2, 2014 for unmarried girls, who have completed 18 years of age at the time of marriage and whose parental income does not exceed Rs. 2 lakh per annum.

Through Kalyana Lakshmi and Shadhi Mubharak, a total of 39,082 beneficiaries were recorded and Rs 2,758,176,062 were spent as per the revenue department.

"Telangana state considers Kalyana Lakshmi Scheme as one of the priority schemes to benefit the below poverty line families and we have sanctioned 18,809 applications in this 2018-2019 year till date and 1,242 applications are pending due to documentation errors.