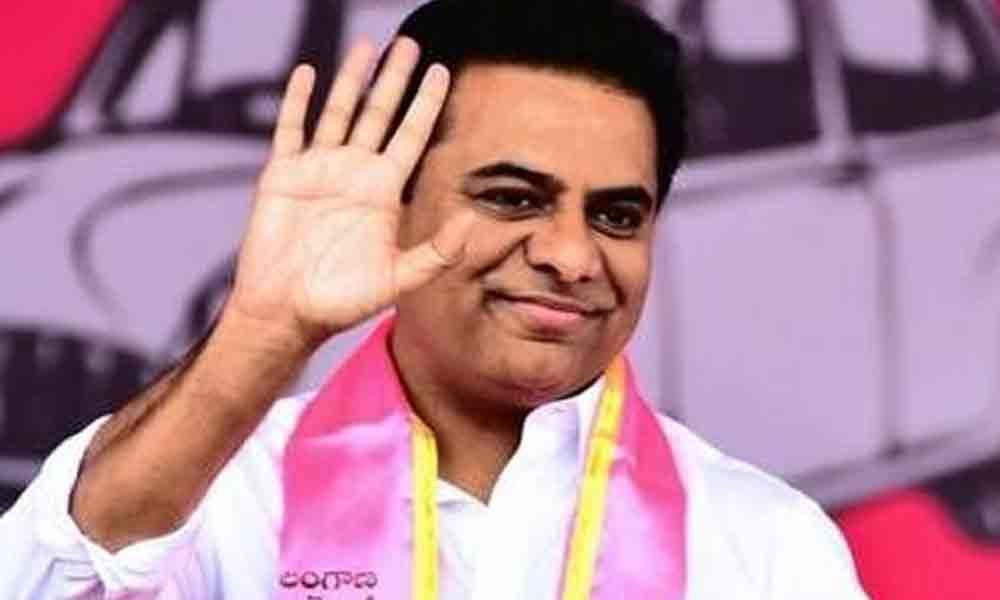 Welcoming the Centre’s proposal to have one nation, one election, TRS working president K T Rama Rao on Wednesday said the Centre should make the election in limited time period to avoid the excessive flow of money.

Hyderabad: Welcoming the Centre's proposal to have one nation, one election, TRS working president K T Rama Rao on Wednesday said the Centre should make the election in limited time period to avoid the excessive flow of money.

The TRS working president, who participated in four-hour long meeting in New Delhi, said though there are some implications with one nation, one election, the move is welcome one. He said instead of prolonging the elections, the government should make sure they are conducted in a short period to avoid money flow. The phased election would not only hamper administration but also increase the election expenditure, Rama Rao said.

He said if the government wants to bring Constitutional Amendment for the one nation one election, the TRS would be supporting the Centre. He said if the elections are held once, the Central and State governments can introduce budgets easily and this would help the fruits reaching people within five years.

Rama Rao said the Prime Minister asked the parties as to what can be done for betterment of the country. He said the TRS party had told the Centre that the country would get benefited only if the Federal System is strengthened by strengthening the States.

The subjects of Concurrent list such as health, education and agriculture should be transferred to the States. He informed that they have put a proposal to develop 150 schools, 150 villages, 150 hospitals into world class with the help of Central government for which the Centre has agreed to look into it.