KCR's federal front has failed, Rahul will be next PM: Telangana Congress 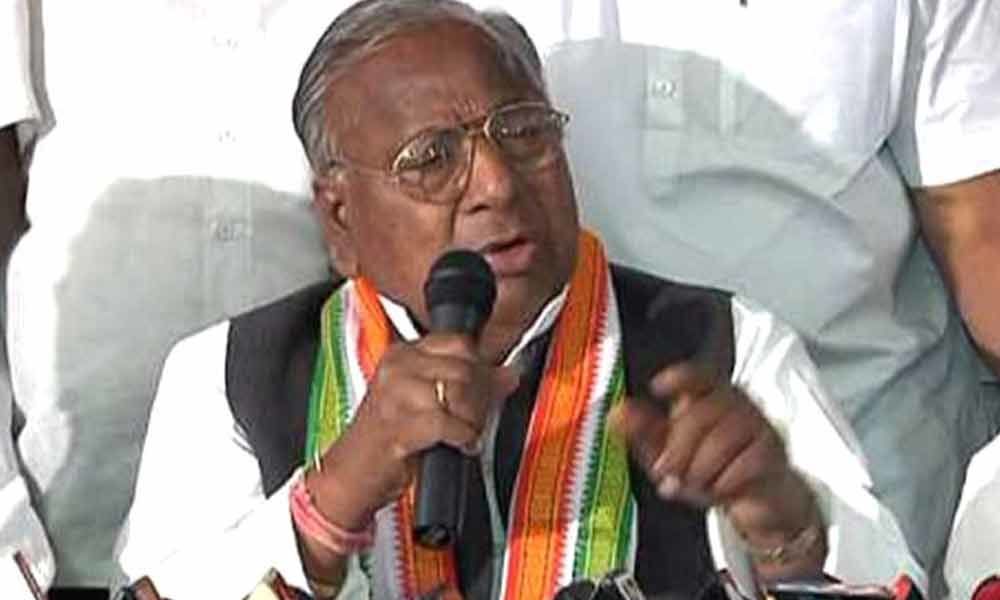 "KCR is always talking about federal front which has already failed because people do not believe him. In his meeting at LB stadium, there were barely two to three thousand people. He wants to change the whole system by becoming Prime minister," he said while addressing a public meeting here on Friday.

Taking a potshot at KCR and All India Majlis-e-Ittehadul Muslimeen (AIMIM) chief Asaduddin Owaisi, Rao claimed that the latter is the TRS chief's "son-in-law" while referring to the remark made by Owaisi in support of KCR being considered a prime ministerial candidate.

"KCR believes his son-in-law Asaduddin Owaisi's words," Rao said. "People are against KCR and his Federal Front. He (KCR) thinks it is Ramadan, Christmas and Dussehra festival season that people will come for his biryani and sarees. But, it is not that season. KCR should think about it."

Rao claimed that people of Telangana have turned against KCR because he did not make Harish Rao a minister and made his son KT Rama Rao (KTR) the party president.

The Congress leader also opined that people have begun to believe in the party after Rahul Gandhi talked of "NYAY" scheme.

All the 17 Lok Sabha seats in Telangana will go to polls in the first phase of the ensuing Lok Sabha elections on April 11.

The results will be declared on May 23.