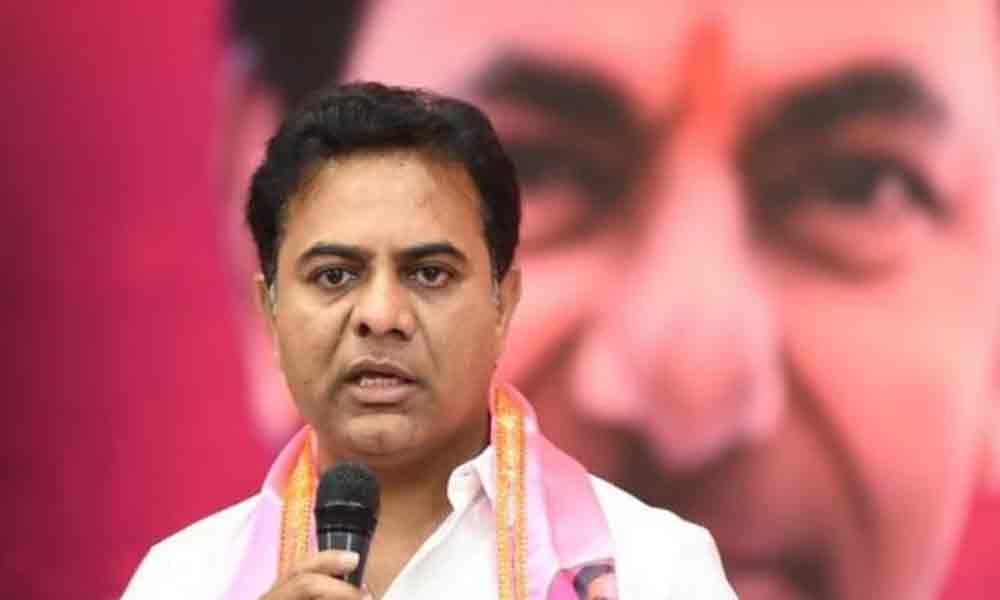 Expressing condolences on her demise, Rama Rao took to twitter and tweeted, "you will be missed by all Madam. RIP Sushma Swaraj Ji... heartfelt condolences on the demise of former Union Minister SushmaSwaraj Ji. Telangana people will forever remember her support to the statehood cause. RIP Chinnamma."

Rama Rao also recalled her services as External Affairs Minister. He said, "every time I met her, came out with more admiration for the warmth she exuded and grace of her reception. A true leader, who gave the confidence to Indians in distress anywhere in the world that help was just one tweet away."

Rama Rao took a swipe at a Pakistan netizen for making derogatory comments over the death of Sushma Swaraj. Responding to Rama Rao's tweet, who shared a few pictures of him with Sushma Swaraj, Pakistan citizen Shoaib Ansari said that her death is the result of the actions being taken on Kashmir issue.

However, Rama Rao gave a fitting reply to Shoaib and said that the tweet shows his hollow mindset for making such comment on a leader after her death. "Absolutely ridiculous and shows your hollow mindset to comment on a leader after her untimely death Shoaib, Even if you are from Pakistan as your profile says, I hope you can gather some courage and decency to respect someone like Sushma Swaraj Ji who served the public all her life," said Rama Rao.