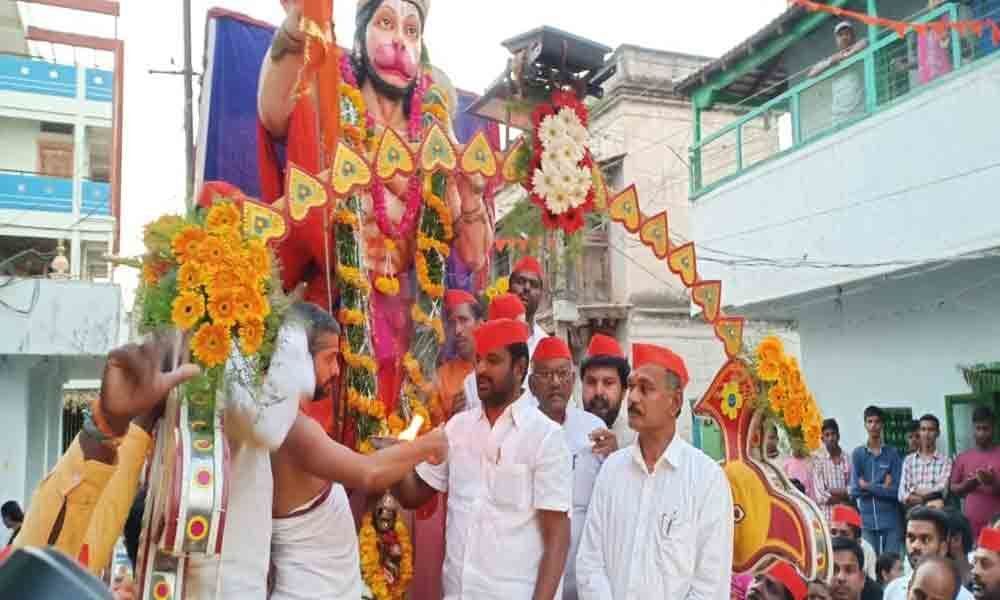 The Hanuman Jayanthi in Mahbubnagar was celebrated with grand fervour on Friday.

Mahbubnagar: The Hanuman Jayanthi in Mahbubnagar was celebrated with grand fervour on Friday.

Speaking on the occasion, the Minister wished the people and said that under the TRS rule, the people were living in a peaceful and cordial environment as the government was taking up welfare and development activities through which everyone was getting benefitted.