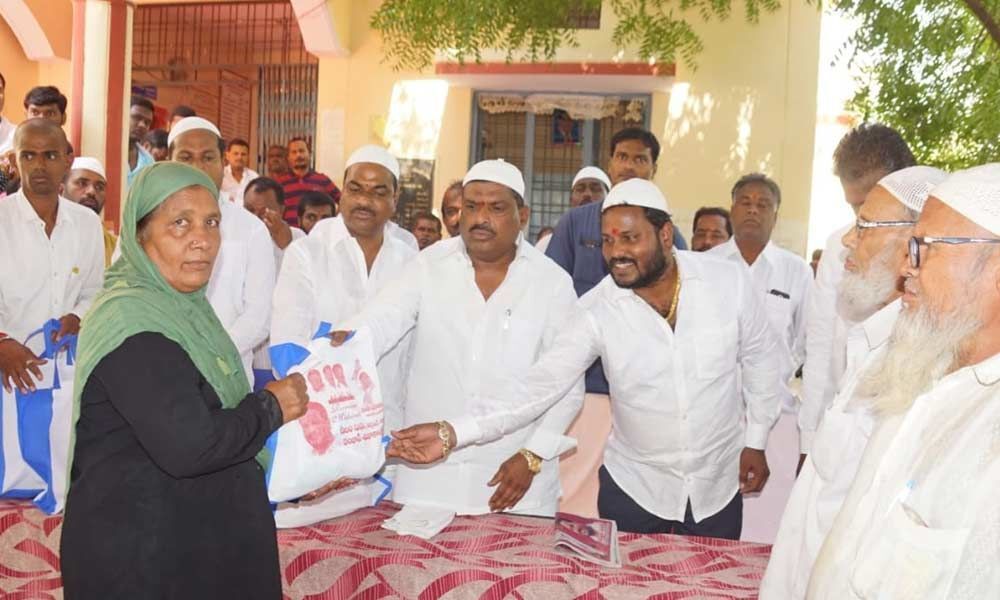 Addressing the gathering, Reddy stated that the TRS government aimed to ensure that the fruits of welfare schemes reached the poor. He said it was a matter of pleasure for him to hand over the Ramzan gifts to Muslims in connection with the festival.

Sarpanch Neelam Madhu Mudiraj said the Ramzan gifts would be distributed every year. He said it was the first time after taking over as the sarpanch that he and the MLA giving away the gifts indicated his great quality. The sarpanch stated that he would follow the footsteps of Reddy in taking welfare schemes to benefit people. He announced spending his own funds for taking up health insurance scheme for the panchayat workers.