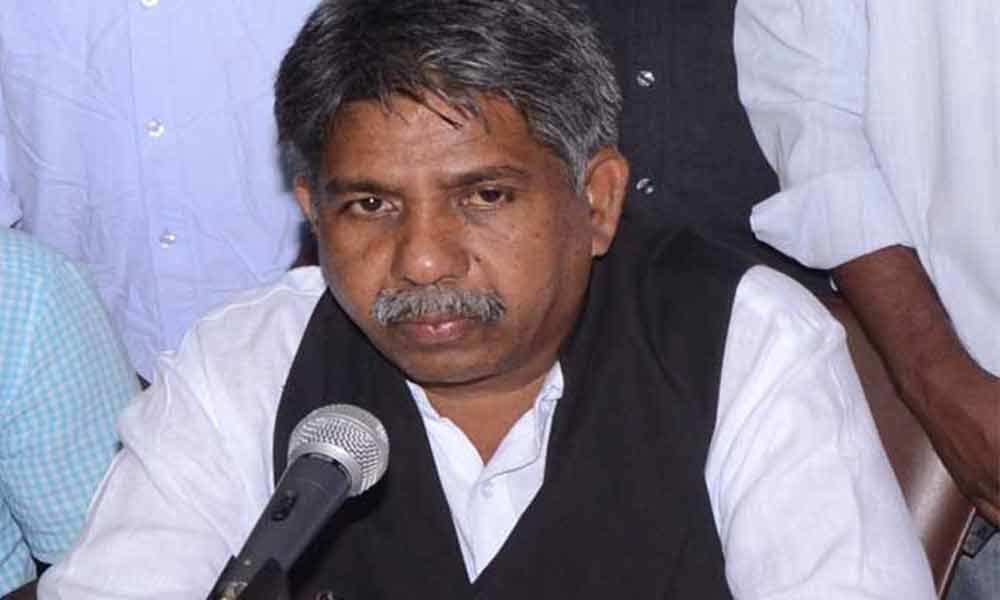 Jadcheral: Madiga Reservation Porata Samithi (MRPS) leader Manda Krishna Madiga alleged that Mallu Ravi and his family did a great damage to the rights of Madiga people in Telangana and vowed not to support him in the upcoming elections.

He said that he will support Congress MP candidates contesting from all segments in Telangana, except in Nagarkurool. The Madiga community will not support the Congress candidate nominated by Dr Mallu Ravi.

He said the Congress gave ticket to Mallu Ravi of Mala community, by replacing the sitting SC candidate. "We would have been happy if any other member from Madiga had represented Nagarkurnool.

But the Congress has not recognised our demands and therefore we have decided to not to support Mallu Ravi in Nagarkurnool," Manda Krishna stated at a press meet in Jadcherla on Saturday Krishna alleged that Mallu Ravi and his brother Mallu Bhatti Vikramarka have lobbied and got Nagarkurnool MP seat for Mallu Ravi under the guise of Madiga community tag.