Nizamabad: Everyone should be responsible for food security 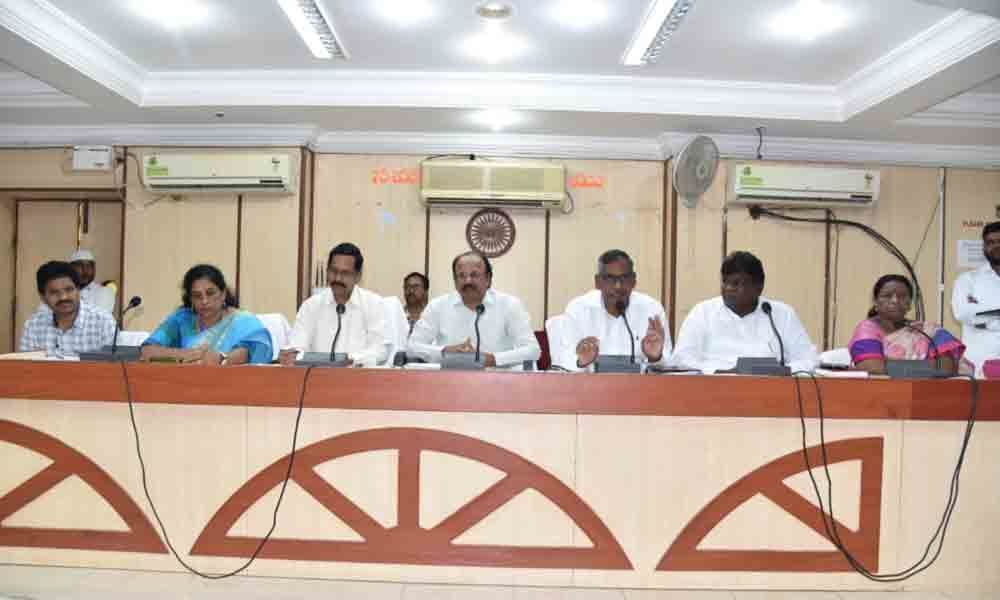 Telangana State Food Commission Chairman K Tirumal Reddy said that it is everyone's responsibility to provide healthy and nutritious food to the poor.

Nizamabad: Telangana State Food Commission Chairman K Tirumal Reddy said that it is everyone's responsibility to provide healthy and nutritious food to the poor. As part of the two-day tour of the Commission, a review meeting on food security was held at Nizamabad Ambedkar Bhawan here on Wednesday with the Commission members and officials of departments concerned.

Tirumal Reddy said that 37 per cent of children in India suffer from malnutrition and hence nutritious food is being provided to women and children as mid-day meals at Anganwadi centres and schools. He directed the officials concerned to issue ration card if any person applies for a new card. Steps should be taken to pay transport charges for the rice that will be transported to Anganwadi centres, he added.

The Chairman reviewed for more than three and half hours with the officials of relevant departments, ration dealers, MEO, CDPO and Tahsildars. He reviewed with the authorities the practical issues they had learned during their visit to Armoor, Jakranpally and Nizamabad mandals.

District Collector M Rammohan Rao said the officials of welfare department should take steps to ensure that all the beneficiaries will receive nutritious meal and suggested to monitor at the field-level.