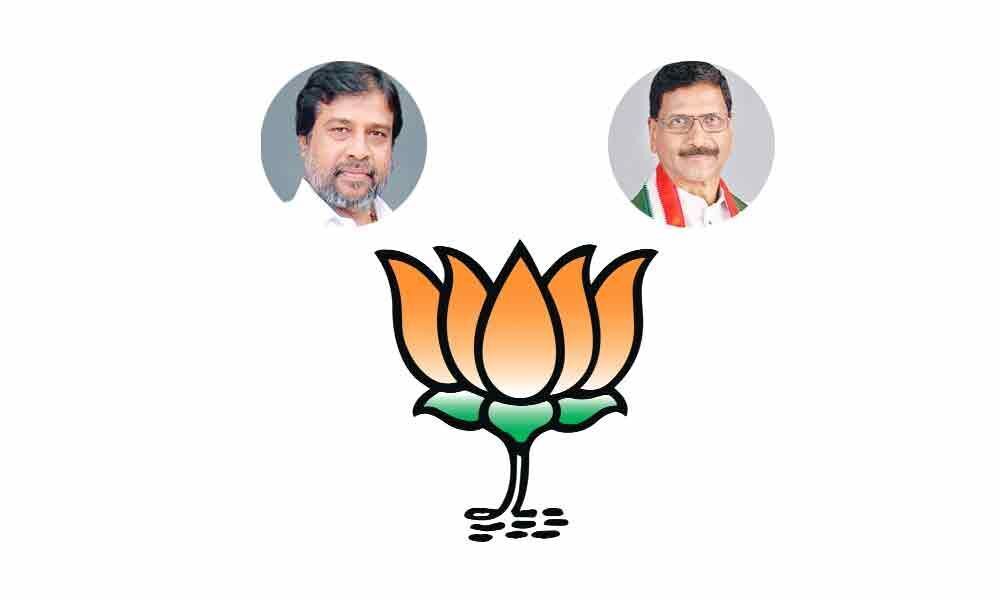 Are Congress party and TRS in for a jolt? If the aggressive attitude of the BJP is any indication, the answer seems to be yes.

Hyderabad: Are Congress party and TRS in for a jolt? If the aggressive attitude of the BJP is any indication, the answer seems to be yes.

Speculations are rife in political circles that the BJP has targeted some top leaders in Telangana Congress and sulking TRS leaders.

BJP leaders do not rule out the possibility of the top leaders joining the party on July 6 when the party national president and Union Home Minister Amit Shah would be visiting Hyderabad to launch membership drive.

It is learnt that a senior BJP leader, who had recently joined the party, has been entrusted with the responsibility of persuading the unhappy leaders from both the parties and bring them into the party fold much ahead of the municipal elections to be held in one or two months in Telangana state.

It may be mentioned here that as part of 'Operation Akarsh', the BJP had recently admitted TDP leaders and scores of leaders from other parties.

BJP sources said that several ticket aspirants who failed to get opportunity to contest in the recent elections are said to be the main target.

According to the sources, a list of 30 leaders from Congress party has been sent to BJP high command for their approval. Sources also said that the BJP high command has given its consent to admit these leaders. The leaders would be joining the BJP in phases.

Those who are said to be looking towards the BJP from Congress, sources say, are M Shashidhar Reddy and former Deputy Chief Minister of Andhra Pradesh Damodar Rajanarasimha.

However, there is no confirmation from any of the leaders. But the political rumour mill says that these two Congress leaders had already met the BJP leaders.

However, the TRS leader refused to come on record but admitted that there were a few more like him who met the BJP leadership. Recently, a corporator of the ruling party had also joined BJP in the presence of its president K Laxman.

When asked about the TRS leaders being targeted by the BJP, TRS MLA B Suman said that these were just rumours being spread by the opposition party.

"One or two small-time leaders may switch sides, but they are not of that importance," he said.