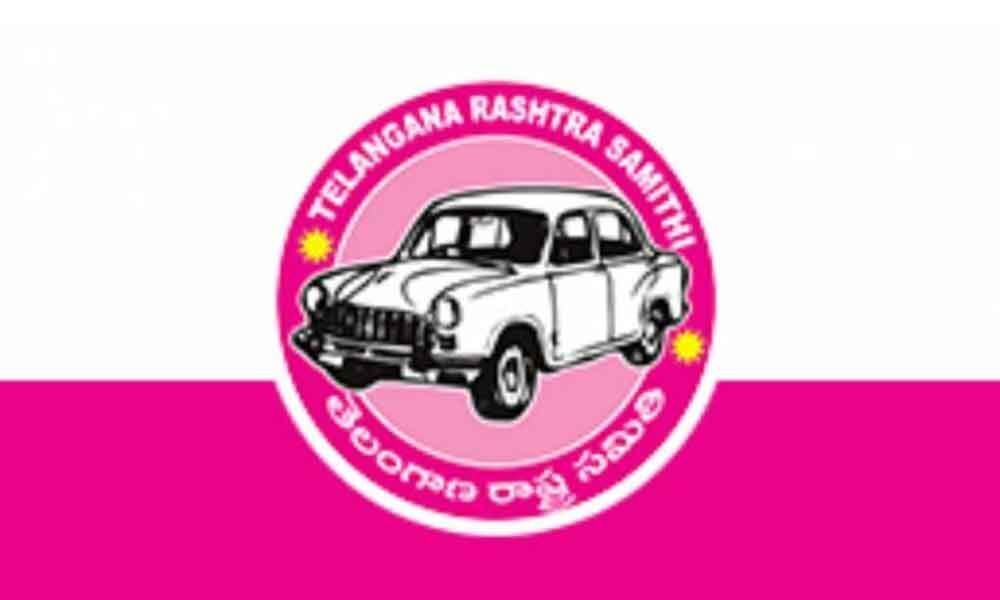 Controversies surrounding the Telangana Rashtra Samithi (TRS) just before the municipal elections has become a worrying issue for the party leaders.

Hyderabad: Controversies surrounding the Telangana Rashtra Samithi (TRS) just before the municipal elections has become a worrying issue for the party leaders.

Controversies including comments by Health Minister Eatala Rajender and alleged carving of Chief Minister K Chandrashekar Rao's face on pillars of Yadadri temple and others are spreading like a wildfire in the State.

The party had to face embarrassment after the emotional outburst of Health Minister Eatala Rajender. The Health Minister in a meeting of the party workers had said that Minister's post was not a 'bhiksha' for him and went on to say that he was not beggar but one of the owners of Pink flag.

The party however, managed to tone down the anger as an important leader of the party talked and convinced Rajender, who later said that K Chandrashekar Rao was his boss.

After Eatala Rajender it was the turn of Manakonduru MLA Rasamayi Balkishan, who put the party in a catch 22 situation. Balkishan said that he and Rajender know to talk only truth. "We have come from agitation and we only know how to talk truth.

We saw many dreams… only the name on the board has changed from Andhra Pradesh to Telangana," said Balkishan at a meeting on Teachers Day celebrations in Karimnagar on Thursday.

The latest controversy that K Chandrashekar Rao's face would be craved on the pillars of under construction Yadadri temple has put the TRS on back foot.

The opposition parties including the BJP and Congress have criticised the Chief Minister and government for allegedly craving faces of political leaders on the temple pillars.

The party leaders feel that instances like these may affect the chances of the party in the coming civic polls.

"The comments by the senior leaders will not do good for the party especially when we are getting ready for municipal polls. This will give wrong message and create confusion among the leaders at the grass root levels," opined a senior TRS leader.

The TRS leader further said that the party's working president KT Rama Rao has been taking responsibility of the municipal polls and the cadre needs to be united and work for winning all the seats.