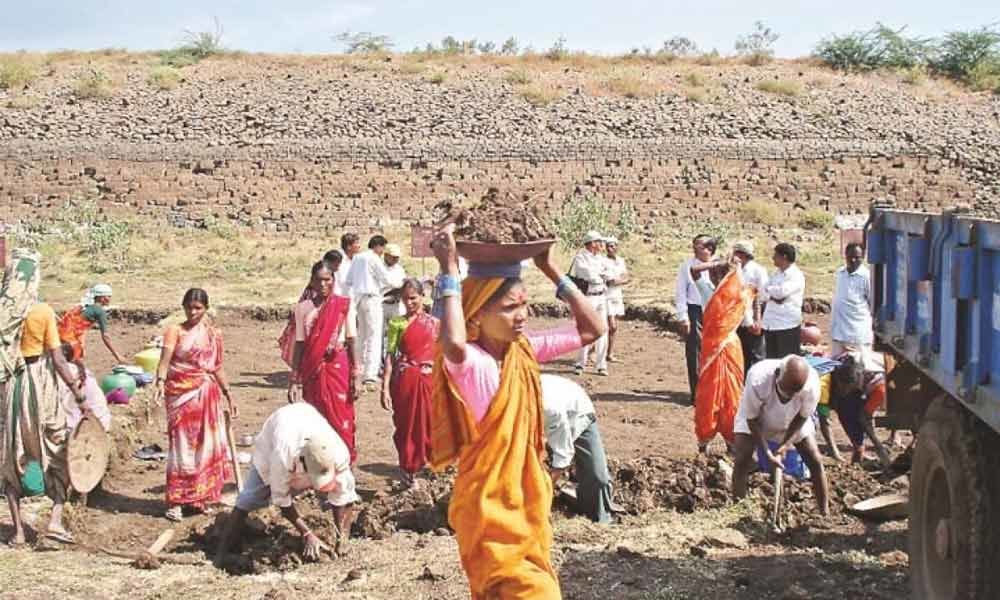 Hyderabad: The Gram Panchayats would be soon given the powers to supervise the implementation of Mahatma Gandhi National Rural Employment Guarantee Scheme (MGNREGS) in the State. The step has been taken in tune with Chief Minister K Chandrashekar Rao's announcement in this regard.

With this, the Gram Panchayat secretaries would supervise the implementation of the scheme in their GPs. Recently, Panchayat Raj Minister E Dayakar Rao reviewed the department affairs and instructed the officials to give orders to ensure supervision of NREG to GPs.

The powers to supervise the NREG works would be given to GPs to widen their administrative power on the schemes being implemented in the villages.

Till now the field supervisors have been entrusted with the responsibility of implementing the scheme. In this financial year, about 1.08 crore have applied for the jobs under the scheme.

The Centre granted about Rs 979 crore for implementing the scheme in the State. About 12 crore days of work would be provided to the wage seekers.

The NREG wing of the Rural Development department has given 54 lakh job cards in the State and out of them 31 lakh are active. The scheme is implemented in most of the 12,850 GPs of the State.

As per the rules of the scheme, field supervisor is responsible to receive the applications for wages, processing them, issuing the job cards, providing the jobs, preparing the wage and distributing them.

However, the government is of the view that corruption has been taking place in the scheme and some of the field supervisors are responsible for it. They have been using fake accounts and fake job cards and swindling the money.

The villagers who did not have any work to do can directly approach the Gram Panchayat and seek a job. The panchayat secretaries would provide them with the work.

This arrangement would also give an opportunity for the sarpanches to provide work to the wage seekers which would be useful to the village.

The sarpanch through the panchayat secretary could take up the works of the village under the scheme.

Under the scheme, the field supervisors are supposed to hold Gram Sabhas in their respective Gram Panchayats to select the works. However, in most of the villages, this process in not followed scrupulously.

Involvement of the panchayat secretaries would resolve this problem. The Panchayats have to hold the Gram Sabhas regularly and mandatorily under the new Panchayat Raj Act.

The NREG works could be included in the agenda and this would fulfil the gaps in implementation of the scheme.