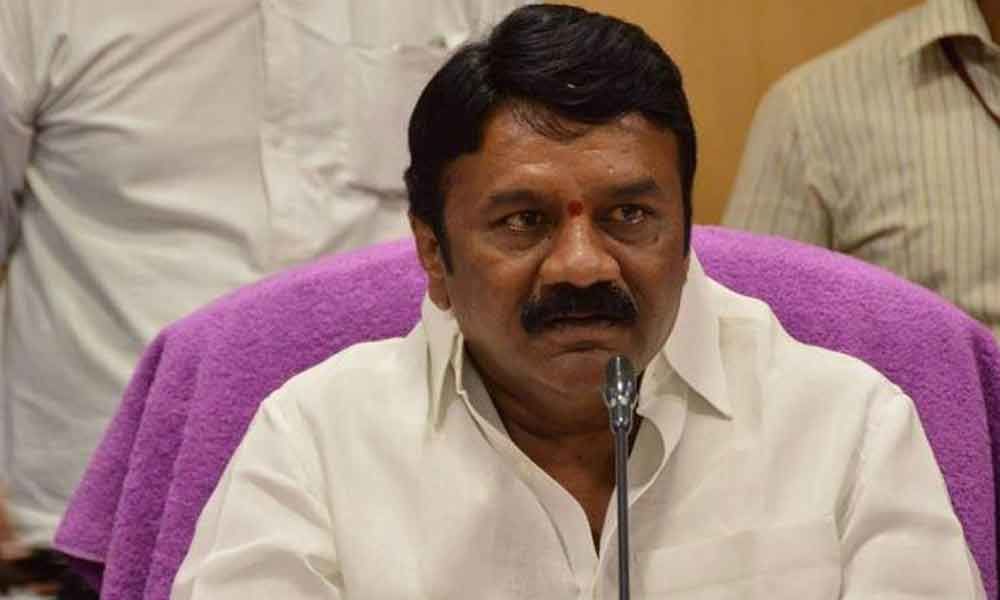 A protocol war broke out between the BJP and TRS leaders as Telangana Animal Husbandry Minister T Srinivas Yadav on Monday alleged that he was not...

Hyderabad: A protocol war broke out between the BJP and TRS leaders as Telangana Animal Husbandry Minister T Srinivas Yadav on Monday alleged that he was not invited to the inauguration of railway modernisation works in his constituency by the Union Railway Minister Piyush Goyal.

The TRS leader took to Twitter and alleged that he was not aware of the Railway modernisation works programme in his constituency, which was attended by the Union Railway Minister Goyal.

"I will not involve in cheap politics like the BJP leaders. What answer will Kishan Reddy give now," questioned Srinivas Yadav.

Earlier, the BJP leaders in the State alleged that there was a protocol violation during the inauguration of corridor-II of the Hyderabad Metro Rail and Union Minister for State G Kishan Reddy was not invited to the event.

The TRS leader countered that he had personally invited Kishan Reddy to the event and requested him to attend the programme in the evening time at least.