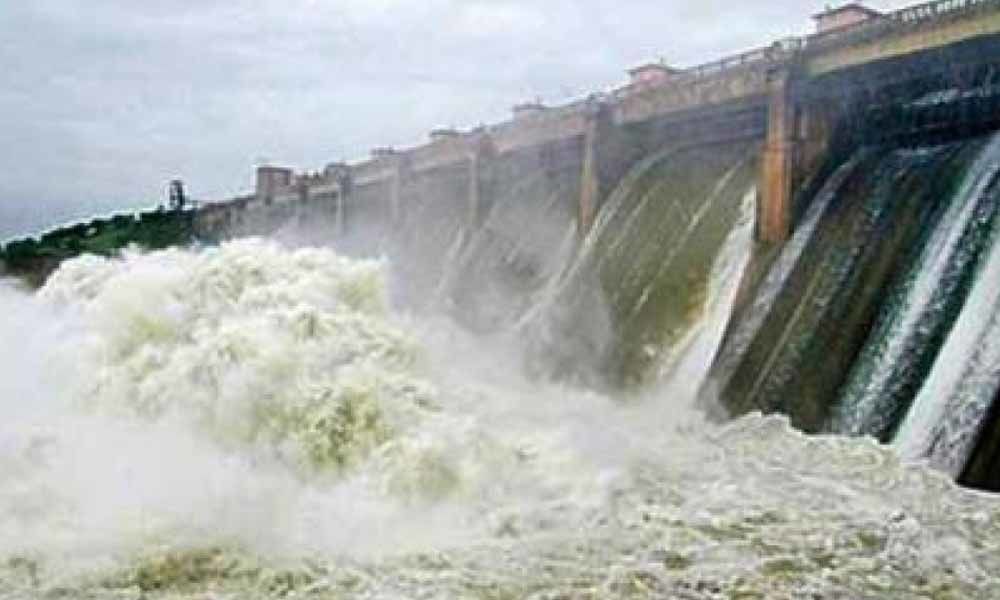 Breaking new ground, Telangana and Andhra Pradesh on Friday agreed to amicably resolve all their water-sharing disputes and decided to divert water from the Godavari river to the Krishna river

Hyderabad: Breaking new ground, Telangana and Andhra Pradesh on Friday agreed to amicably resolve all their water-sharing disputes and decided to divert water from the Godavari river to the Krishna river to tide over the water scarcity in parts of both the Telugu states.

Ministers, top officials, advisors and experts along with the Chief Ministers participated in the talks, held at Pragati Bhavan, the official residence of the Telangana Chief Minister.

The Chief Ministers directed irrigation officials from both sides to prepare proposals before July 15 on diverting water from the Godavari to the Srisailam reservoir across the Krishna river.

Both the Chief Ministers will meet in Andhra Pradesh after July 15 to discuss these proposals and take a final decision.

The availability of water in the Krishna is less, which is causing hardship in the Rayalaseema region in Andhra Pradesh, Palamuru (Mahabubnagar) and United Nalgonda districts in Telangana, said a statement from the office of the Telangana Chief Minister.

Both Chief Ministers asserted that it would be their endeavour to ensure total and efficient utilisation of the available water resources so that there is no scarcity of water for agriculture, industries and for drinking water purposes in both the states.

They announced that the disputes and issues pertaining to river water sharing have been forgotten in the spirit of "let bygones be bygones" and both the states are in unanimity to provide optimum benefit to their people.

KCR, as the Telangana Chief Minister is popularly known, said in his opening remarks that after the elections in Andhra Pradesh, there is a qualitative change in relations between the two states.

"There are no egos, no disputes over the basins (water), no apprehensions, there is no need for differences or disputes. If we want disputes we cannot give water to our next generations. KCR and Jagan will not think about themselves. They think from the people's angle. People have voted for us with trust. It is our responsibility to do good for them," he said.

"We have decided to provide water to people in both the states at a lower cost. Problems of water for the irrigation sector should be solved with the best and simple methods. Availability of water is going down in Krishna river. It may further get reduced in the years to come. Hence the governments have firmly resolved to utilise water from Godavari river to mitigate water problems," said Reddy.

The Andhra Pradesh Chief Minister asserted that instead of somebody else trying to solve the issues between the two states, it is better that both states solve their own problems. He said the steps taken by both the states should become an ideal for others to follow.

KCR also gave a powerpoint presentation on the availability of water in the rivers.

"There is availability of 4,000 TMC of water in Krishna and Godavari. By utilising this quantity of water both the states can become very fertile. We have water available in abundance. About 3,000 TMC of water is going waste into the sea every year. We have to utilise that.

"We need to have wisdom to utilise the water. It all depends on our efficiency on how much water we can use. There is no use in running around the tribunals and courts for share of water. If both the states think and walk together it is enough. It is enough if both the states have unanimity on utilisation of water in the two rivers for the benefit of people in both the states," said KCR.

The Telangana Chief Minister said the Centre was bringing a proposal on connectivity of rivers. "After our rivers fulfil our needs, then we can think of the Centre's proposal," he added.

Both sides will continue talks on Saturday covering various post-bifurcation issues like division of employees and government institutions.

Though KCR and Reddy met several times since the latter formed the government in Andhra Pradesh a month ago, this was the first full-fledged dialogue between them to sort out inter-state issues.