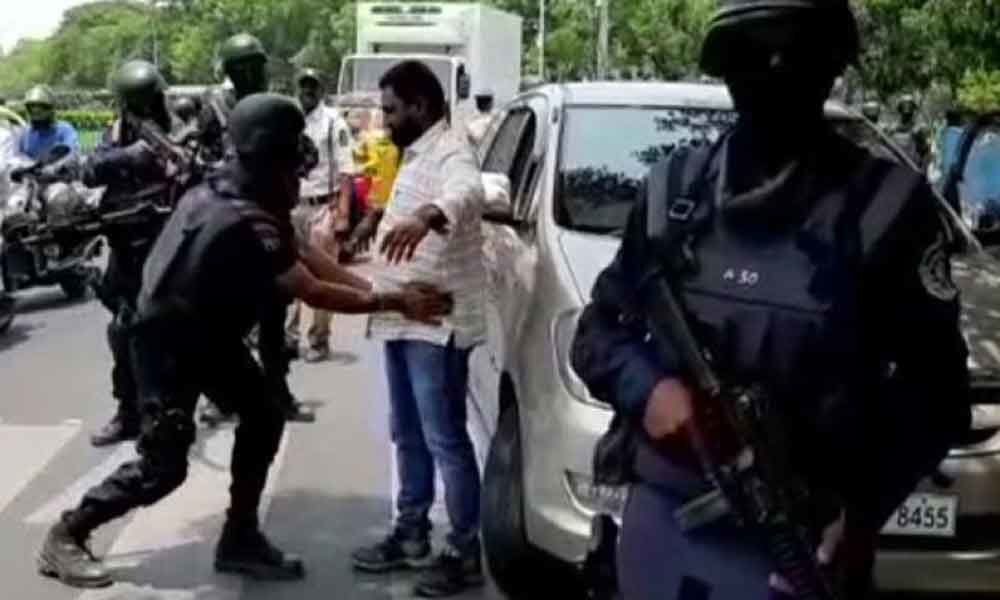 Inspections were conducted at Aramghar Chowrasta Hyderabad-Bangalore highway in the limits of Rajendranagar police station on Saturday.

Hyderabad: Organisation for Counter Terrorist Operations (Octopus) along with the Hyderabad Police conducted a surprise checking of vehicles at various locations of the city.

Inspections were conducted at Aramghar Chowrasta Hyderabad-Bangalore highway in the limits of Rajendranagar police station on Saturday.

Octopus is one of the elite organisations with commando outfit to combat urban terror scenario and has wings for house intervention, rescue operation and hostage release.