Traffic cops special drive to nab the minor drivers, who indulge in stunts on roads 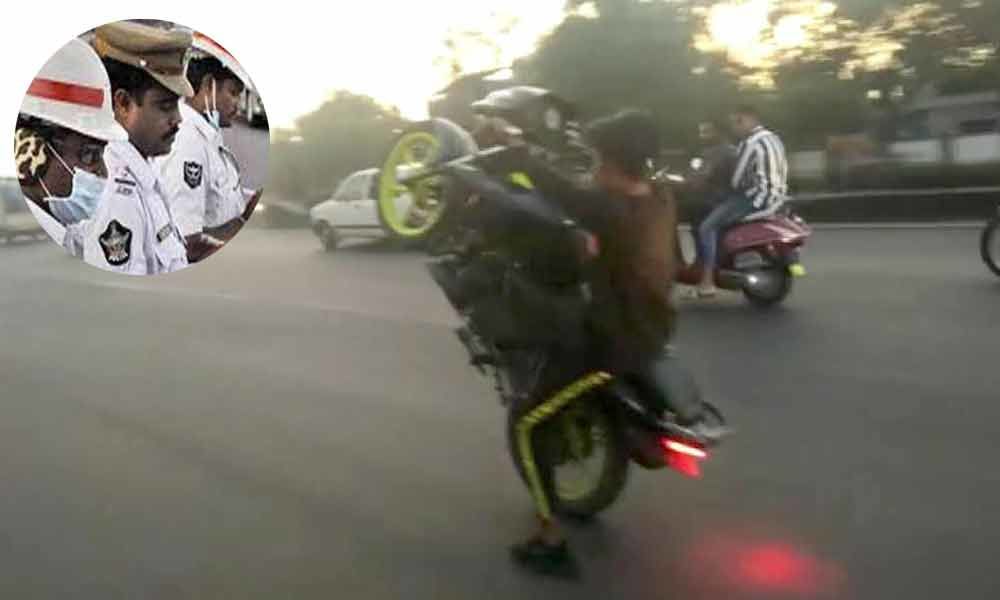 After making many efforts and conducting the special drives against minor riders by the City Traffic Police, they are getting partial success in catching the minor riders.

The college boys are riding their bikes rashly and performing stunts in many parts of the city due to which the commuters are facing traffic problems.

When the reports are coming that the minors and college boys are doing stunts on the Phisalbanda-Chandrayangutta road daily reportedly in-between 4 pm to 5:30 pm, the traffic officials are making arrangements to catch them and further regulate the traffic in those areas.