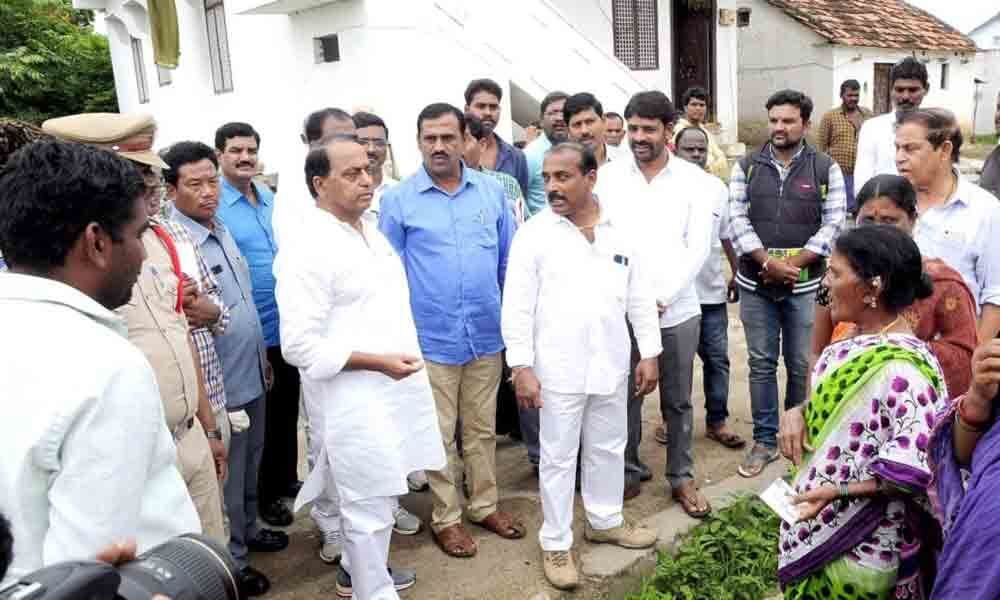 Forests, Environment, Endowments and Housing Minister Allola Indrakaran Reddy called upon the district officers and public representatives to turn all villages in the district into green, clean and beautiful.

Nirmal: Forests, Environment, Endowments and Housing Minister Allola Indrakaran Reddy called upon the district officers and public representatives to turn all villages in the district into green, clean and beautiful. On Friday, the Minister inaugurated 30-day special action plan at Ellampalli gram panchayat in Nirmal district.

They were also told to identify buildings that are in a dilapidated condition, dismantle them and use the debris to fill unused wells and quarries in their areas.

The other orders of the Minister include – removal of weeds in the villages; filling of pot holes and low lands with debris and gravel; to ensure that everyone constructs individual toilets and use them; villagers should not go for open defecation and urinals; to clean drainages and ensure villagers not to dump garbage in the drainages; to encourage villagers to maintain two dust bins in their house; to impose a fine of Rs 500 if anybody dumps garbage on roads; to create awareness among the people to plant saplings under Haritha Haram drive; and improve green cover in villages for human survival. He told Transco officials to tighten loose electric wires, install LED bulbs and remove bent electric polls and everyone should work with coordination to make their villages beautiful. Minister Indrakaran also said that the government has increased the salaries of sanitary workers to Rs 8,500 and Rs 30 lakhs were sanctioned for the construction of Hanuman temple in villages.

He assured that double bedroom houses for the homeless poor will be completed in one month in Ellampalli village.