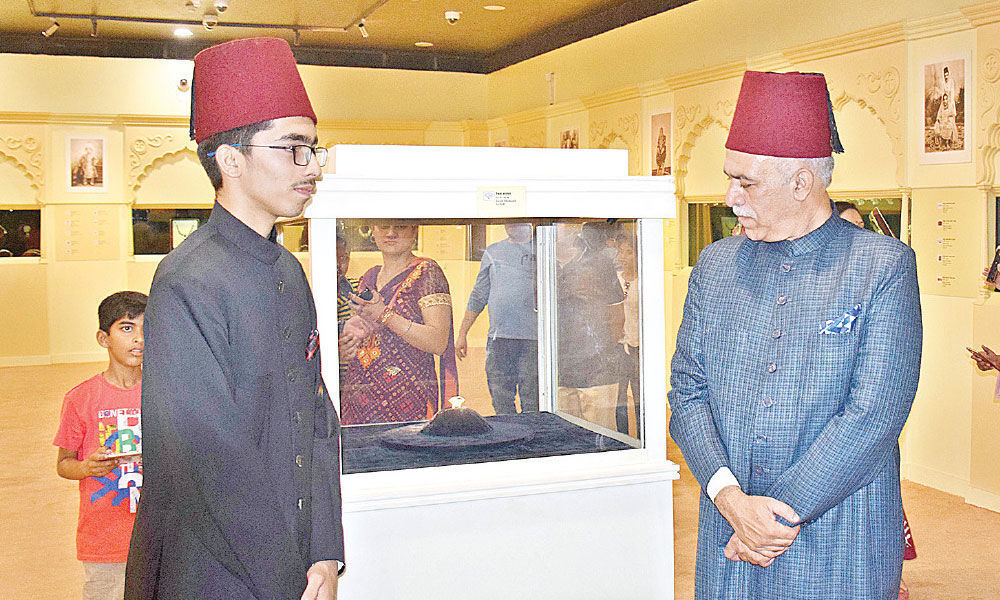 Hyderabad: The clamour to bring back the Rs 2,000 crore Nizam's jewels that are presently being exhibited at Delhi's National Museum got louder after t...

Hyderabad: The clamour to bring back the Rs 2,000 crore Nizam's jewels that are presently being exhibited at Delhi's National Museum got louder after the grandson of VII Nizam Mir Osman Ali Khan, Najaf Ali Khan and his sister Mahmooda Nizami and other family members visited the exhibition on Saturday.

Najaf Ali Khan along with his sister Mahmooda Nizami and other family members are presently in the national capital as special guests at the Delhi's National Museum where the the 173-piece collection of jewellery that includes the 58-faceted Jacob Diamond, turban ornaments, necklaces, earrings, shirt buttons, Columbian emeralds, Burmese rubies and spinets and Basra pearls are on display.

Speaking to The Hans India, Najaf Ali Khan said, "The Chief Minister K Chandrashekhar Rao showed interest in bringing back the jewellery in 2017. Hyderabad is the right place for the display. These priceless jewels with a grandeur of its own should be displayed round the year. These are the finest jewels passed down the Asif Jahi dynasty and stand as a silent witness to the history of the Deccan region."

The Nizam's jewellery was exhibited in the city in 2001 and 2006. Old families, historians and the general public in the city have been raising their voice to bring back the jewels for a permanent display in the city.

P Anuradha Reddy, convenor, Indian National Trust for Art and Cultural Heritage (INTACH) Hyderabad chapter says, "They (jewels) rightly belong to Hyderabad and should be kept here with top security. With the Qutb Shahi Tombs being conserved and if the Nizam's jewels are permanently kept here, tourism will improve by leaps."

In 1979, a case was filed in the Supreme Court by the trustees as they were not allowed to sell the jewellery. The Government of India decided to acquire the items of jewellery as art treasures under section 19 and 20 of the Antiquities and Art Treasures Act, 1972. In 1995, the government purchased the jewellery for an amount of Rs 225 crore and kept in Reserve Bank of India (Mumbai) and later shifted to RBI Delhi where it remains.

Najaf Ali Khan says, "I am hopeful that the Chief Minister K Chandrashekar Rao takes interest to bring back exquisite jewellery to the place where it belongs."