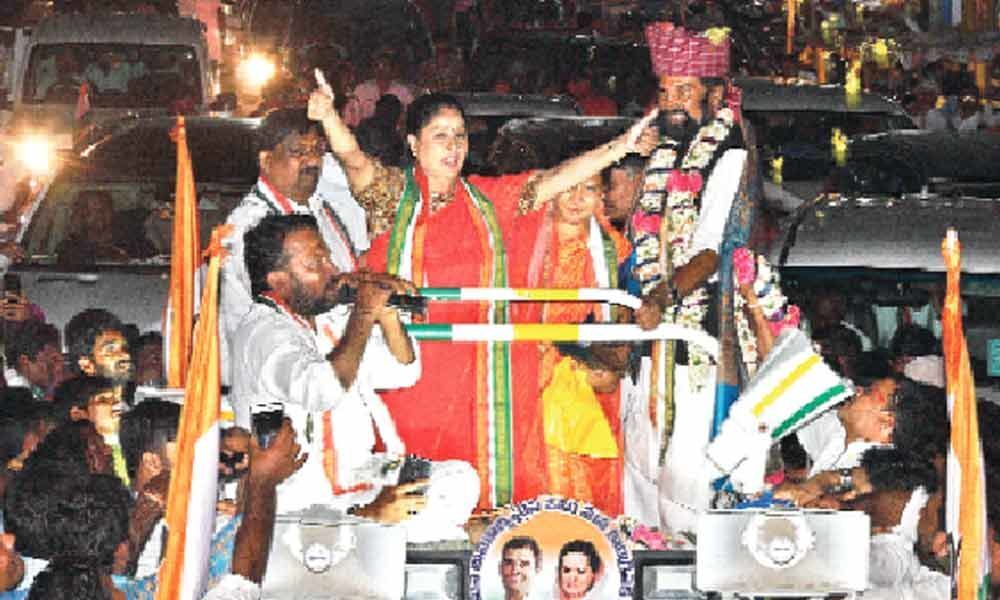 Devarakonda (Nalgonda): Congress Star Campaigner Vijayashanthi on Monday called upon the people to teach a befitting lesson to the BJP and the TRS in Lok Sabha elections. The TRS is the 'B' team of BJP, she said

She ridiculed Prime Minister Narendra Modi for failing to bring back the black money stashed away in foreign banks and deposit Rs 15 lakh in the deposit of every poor family. She described the Lok Sabha elections as war between Modi and AICC chief Rahul Gandhi and urged the people to back Congress for better future of the country.

Explaining the Congress manifesto , she said the poor families in the country would get Rs 6,000 per month under NYAY scheme and Rs 2 lakhs crop loan would be waived after the Congress came to power.