War on white collar offenders is to secure economic justice 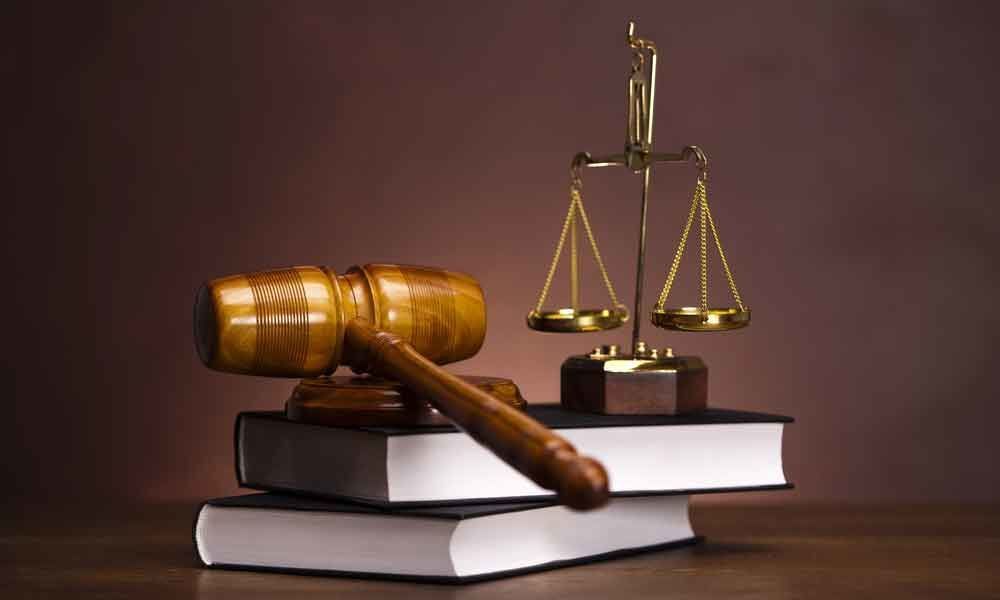 The preamble to our Constitution reads: "We, the people of India, having solemnly resolved to constitute India into a sovereign, socialist secular democratic republic and to secure to all its citizens: Justice, social, economic and political..." etc.

The preamble to our Constitution reads: "We, the people of India, having solemnly resolved to constitute India into a sovereign, socialist secular democratic republic and to secure to all its citizens: Justice, social, economic and political..." etc.

To put it simply the Constitution of India's citadel is built on the solemn resolve of the people to make India a 'socialist,' secular and democratic state and secure to all its citizens, inter alia, social, economic and political justice.

Therefore, it is the Constitutional mandate to a democratically elected government to see that all necessary measures are taken to achieve these avowed Constitutional goals.

The much-hyped concept of socialism will remain only on paper if concrete measures to narrow down the gap between the rich and poor are not taken. Similarly, in order to ensure economic justice also the inequalities between the haves and have nots have to be narrowed down.

Obviously, the obstacles coming in the way to achieve these two goals, namely, socialism and economic justice need to be tackled effectively. As was mentioned by the Prime Minister in his address to the nation from the ramparts of the Red Fort on the Independence Day recently, while it is true that creating wealth is not a sin and deserves to be encouraged by the government of the day, we should not lose sight of the fact that the means to acquire wealth and quantum of wealth by an individual or a legal entity too, are equally important.

In other words, wealth creation by foul means like corruption, money laundering, hoarding, profiteering, swindling, cheating and similar malpractices should and must be discouraged by the government and such economic offenders must be brought to books in the right earnest.

Seen in this context, the brouhaha over P Chidambaram's arrest is unwarranted. On the other hand, all right-thinking people must celebrate his arrest and incarceration for the simple reason that a heavy weight who in the past wore several prestigious hats such as the Finance Minister and Home Minister at the Centre, has been nabbed by our impartial and most competent investigating agencies.

This is the classic case of the fence eating the crop. Chidambaram was directly responsible to achieve the Constitutional goals of socialism and economic justice by devising methods to ensure the equitable, impartial and honest distribution of wealth among the people, but he betrayed the nation by swallowing huge public resources and robbing other needy people of their rightful dues.

Unfortunately, the big names so far hauled up by the sleuths such as Vijay Mallya, Nirav Modi, Mehul Choksi and now P Chidambaram is only a tip of the iceberg.

Alas, instead of hiding their criminal faces, these snobbish criminals not only laugh at the system and gesture thumb up sign but also have audacity to go public through media. How many absconders in the country have got such an exclusive privilege to address the media in along with a battery of lawyers is a moot question.

The only solution to such melody is to further tighten the relevant laws and make provisions for speedy justice.

The Supreme Court has agreed to hear a PIL seeking full right to women to choose whether or not to continue with pregnancy and challenging "severe restrictions" imposed by "archaic' medical termination of pregnancy Act 1971, on her right to abort.

CJI Ranjan Gogoi and Justice Deepak Gupta agreed to hear the plea which gave statistics about the legal position in other countries on termination of pregnancy and juxtaposed it with violation of women in India through the 50-years old MTP Act.

Now when the festival season is about to begin, the food quality regulatory body, Food Safety and Standards Authority of India (FSSAI) has tightened the rules. Accordingly, bakeries, sweet shops and other food outlets can use the logo "trans-fat-free" on their products or for display only if their products contain 0.2gm or lesser trans-fat per 100 gms of food.

The order aligned with international food regulations has been issued by the country's ally to eliminate industrial trans-fat, which contributes to most heart disorders and other related diseases causing at least 28 lakh deaths per annum.

It is pertinent to note that globally, several high-income countries have virtually eliminated industrially-produced trans-fat through legally imposed limits on the amount that can be contained in packaged food.

In India, the use of trans-fat free logo is voluntary. However, the regulator has made it binding on food business operators to comply with the regulations. "Food establishments are encouraged to use healthier fat/oil options, thereby reducing the trans-fat content in the foods. " the FSSAI said in the order issued recently.

Hyderabad Commissioner of Police Anjani Kumar surprised not only the additional Public Prosecutor P. Shailaja of the VII additional metropolitan sessions judge's court, but also the entire legal fraternity, because it was for the first time that the city police chief had visited the court and witnessed a murder trial.

Prior to attending the court of Y Satyendra, the VII AMSJ, the city police chief had a long discussion with the Addl. Public Prosecutor in her chamber.

Undoubtedly, this gesture of the city police chief would provide encouragement to the investigating officers, court duty officers and the prosecuting officers. Hope, Anjani Kumar will make the visit of criminal courts a regular affair.

There is nothing in Section 63 in the Indian Succession Act that legislature ever intended to lay down a principle that the attesting witnesses should have had previous knowledge or information of identity of the testator, held a division bench of the Kerala High Court while considering an appeal filed by defendants against a trial court order decreeing a partition suit disbelieving the Will executed by their father.

The division bench comprising Justice A. Hariprasad and Justice T V Anilkumar disapproved a contrary view expressed by a single judge in Janardhanan vs. Jayachandran and observed: "It is one thing to say that absence of attestation by a witness having prior knowledge of testator may be picked up as a suspicious circumstance to doubt the genuineness of Will and another thing to say that law does not permit a witness not having prior knowledge of identity of testator to attest a Will. ...

The previous knowledge , association or information etc; of the attesting witness about the testator may be a relevant fact when the identity of the executants of the Will is an issue."

The court added that bequeathal of properties under a Will is the absolute choice of the testator arising out of his sweet will and pleasure and also his attitude to persons concerned.

Taking note of the growing number of sexual harassment cases by cab drivers, the Supreme Court has directed the Centre to consider framing a law to regulate app-based transport service providers like Uber and Ola to ensure safety of women commuters.

A bench of Justices S A Bobde, R Subash Reddy and B R Gavai said the government should step in to amend the existing law to make the internet-based service providers accountable and to regulate them.

It also suggested that safety mechanism like GPS-linked panic button be installed in such cabs.

The petitioner told the bench that there should be some mechanism to regulate the service provider as some of them are foreign-based and are not willing to come within the jurisdiction of India.

These operators are not covered under the Motor Vehicle Act as they claim themselves to be intermediaries which cannot be regulated, they are operating a vacuum. These companies do not carry out background checks on their drivers, making the passengers vulnerable.

The court said it was for the Centre to regulate the app-based transport service providers. The centre, however, said that the existing law has to be amended to bring such companies under regulation. "Only you can amend the law. So, you do it," the court told the government.

Indeed, there is an urgent need to regulate the cabbies because it is in their own interest. By inculcating discipline and fear of law, this sector will gain credibility and public confidence which would ultimately result into soaring revenues.

South India Advocates' JAC has demanded for setting up of a Constitutional Bench of the Supreme Court in New Delhi and Cassation Benches in four regions at Delhi, Chennai/Hyderabad, Kolkata and Mumbai to reduce the heavy backlog of cases in the higher courts and meet the problem of finding suitable persons for appointment as Judges in these courts.

Addressing the media persons newly appointed Head of the Law Department, Osmania University and Chairman of the JAC, Prof. Gali Vinod Kumar underlined the need of setting up of such Benches of the apex court.

Venkata Ramana, a software engineer and father of Ramya who had died along with her uncle and grand-father in a road accident caused by drunken driving three years ago, is a frustrated person today.

His agony got words when he said, "I lost my daughter, brother and father in that gruesome accident. There is no responsibility and no accountability for lives lost in India."

Concerned about the slow progress of the case in the court, he demanded that like the Nirbhaya Act, it is high time to enact the Ramya Act to ensure speedy justice to the victims and families of the road accidents.

It is true that the wheels of justice move at a snail's speed but ultimately, they grind fine. Still, Ramya's father's demands for enacting a law to ensure speedy justice and providing more stringent punishment for drunken driving have merit and need urgent consideration by the government.